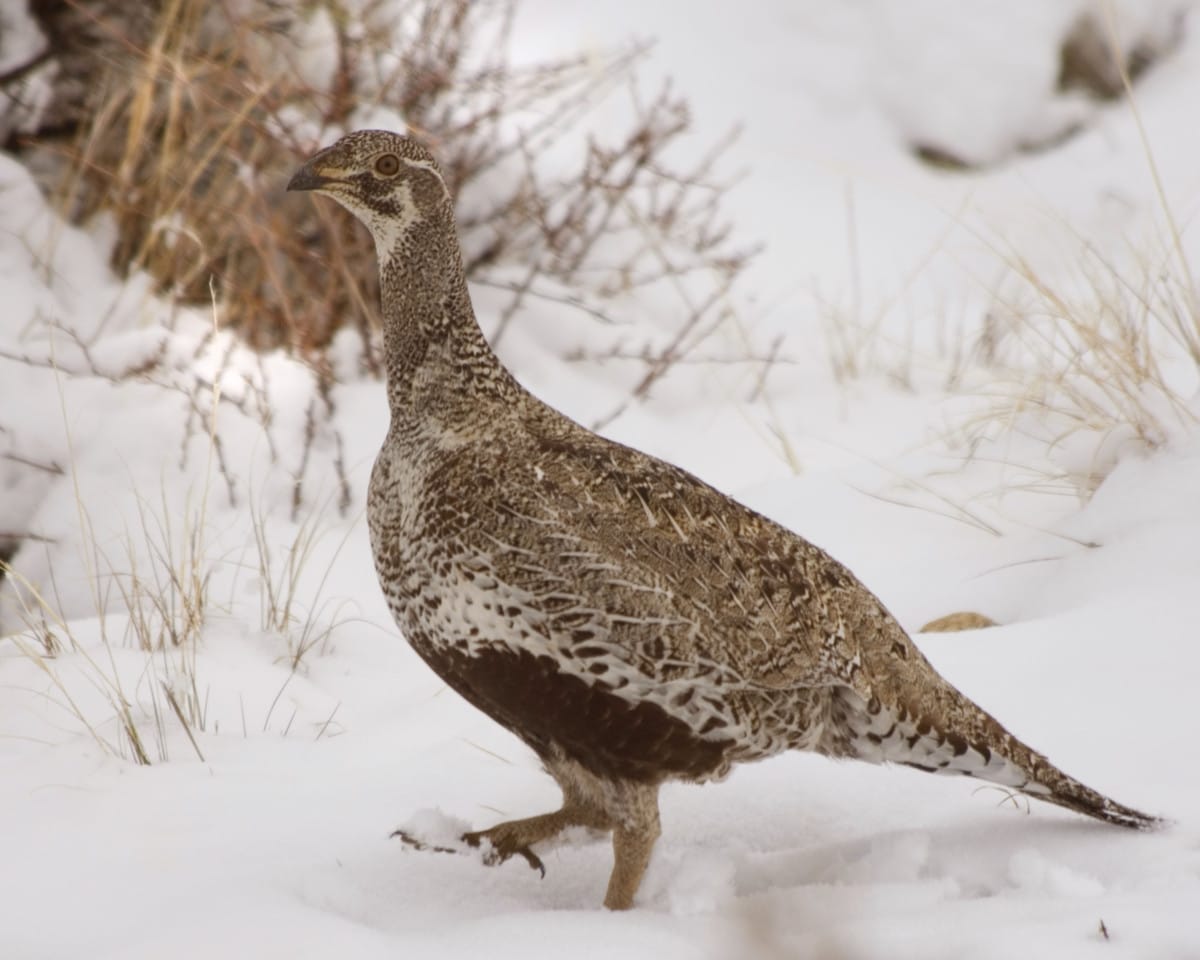 NewsNews ArchivesWWF in the News

Meadows: Allowing companies to capitalize on wildlife to make up for development is not a Wyoming value

The current mess we are in with greater sage grouse is just history repeating itself.

We have been here before, and we have made these mistakes — mistakes that have cost sportsmen and sportswomen of this country billions to try to repair the damage. Damage that could have been avoided in the first place.

We know this. It is why hunters, energy companies, state and federal wildlife agencies, ranchers and many others worked so hard on the sage grouse conservation plans across the West. Plans with strong bipartisan support to conserve a bird that is considered warranted to be listed as threatened on the Endangered Species list. These plans are the thing that has avoided a need for a listing while still accommodating multiple uses of our public lands and providing for the West’s economy.

Not everyone agrees with the plan. Lawsuits have been filed. Lobbying of the current administration has led to new rhetoric and new problems. Interior Secretary Ryan Zinke wants to review this effort, based on not everyone being at the table. Many involved with this process are wondering, “Who was not at the table?” Maybe Zinke should have said that certain people at the table did not get everything they wanted. What they did get was a new administration to lobby.

Now there is talk of captive breeding of greater sage grouse to make up for the loss of habitat. Wyoming even went so far as to pass a bill allowing this idea to move forward. This has forced the Wyoming Game and Fish Department to write rules for gathering eggs from public wildlife to then raise chicks in captivity and release them for mitigation or to use them in private pay-to-play hunting.

Wildlife is a public resource in Wyoming. We do not raise elk, bighorn sheep or sage grouse. We surely do not allow private companies to take public wildlife and raise them in captivity for a profit. This is what the proposal for captive rearing of sage grouse would do.

We are not a high-fence hunting state. There is no difference between taking sage grouse eggs off public land and using them for captive farm hunts, then taking elk and mule deer fawns off public lands and raising them for pay-to-play hunts. Wyoming Wildlife Federation has fought this idea for decades. Just like ideas to take our access to public lands, we will fight tooth and nail over our public wildlife.

Over 100 years ago we began constructing fish hatcheries across the Pacific Northwest to mitigate for the loss of habitat. At that time sportsmen and biologist warned of the cost of hatcheries and the dangers they could pose to native fish populations. As the Northwest economy grew, so did the effects on Pacific salmon and steelhead. In response, to keep intact the commercial, sport and tribal harvest needs, more and more hatcheries were built, in an attempt to make up for habitat loss due to development. The result is a billion-dollar mess with salmon populations still on the decline, state wildlife agencies over budget and a denigrated wild population due to cross breeding with hatchery plants. Despite captive rearing as a means for mitigation, salmon and steelhead continue to be listed, fisheries are closed and sportsmen lose out.

The Wyoming Wildlife Federation fought the captive-breeding of sage-grouse last year in Cheyenne and lost. We have submitted our comments to Game and Fish. We have concerns such as the cost to the department to manage sage grouse farming, taking wild eggs from nests on public lands and the spread of disease from captive birds to wild birds, potentially leading to a listing.

The biggest issue we have is the precedent it sets. Wildlife is a public resource for all to enjoy, it feeds our families and it is a massive economic driver to the state. Allowing private companies to use public wildlife to sell hunts or to sell to companies to make up for the impacts of development, whether it is elk or sage grouse, is not a Wyoming value. In the end, this is an effort to privatize wildlife for the financial gain of a few with the cost falling in the lap of Wyoming hunters and the agency they support.

Dwayne Meadows is the executive director of the Wyoming Wildlife Federation.