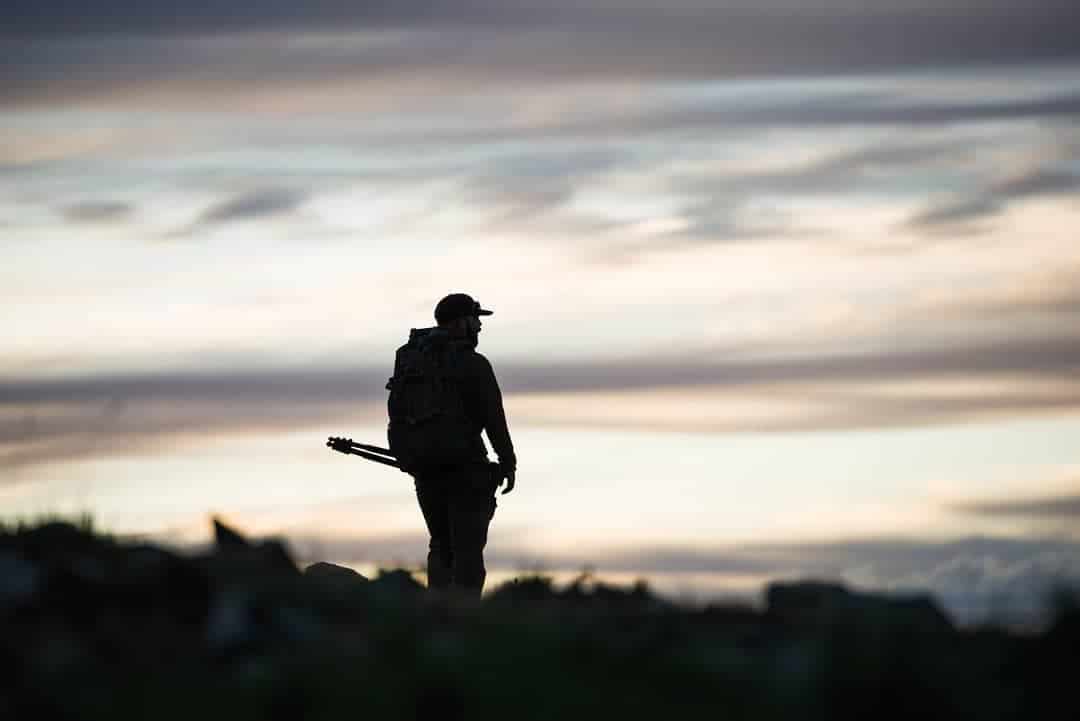 When I was a kid, a small population of antelope took up residence in the alfalfa fields on our family farm and ranch in Northeast Oregon. While moving irrigation, they would run alongside the ATV and I vividly remember topping out our Gator at 38 mph as the pronghorn easily outpaced our little gas-powered engine. Populations were not high enough to hunt, let alone put in for a limited entry tag, so hunting pronghorn always seemed like a far-off pipe dream, until I moved to Wyoming.

My first Wyoming wildlife experience began just two weeks after I landed in Laramie, Wyoming. With a little foresight and what I fondly refer to as “e-scouting,” I was able to land myself a second choice antelope tag to take a stab at this new opportunity of hunting antelope. On August 17th, I tossed my bow into the truck, gathered camping supplies for the weekend, and headed out to the hunt area where I had pulled my tag after work.

Not 2 miles into the border of my hunt area, I cruised along on the county road at a pace not slow enough to cause unnecessary suspicion, but definitely under the speed limit. I manned my OnX Maps while I drove, just hoping to get the lay of the land before finding a camp spot that evening. 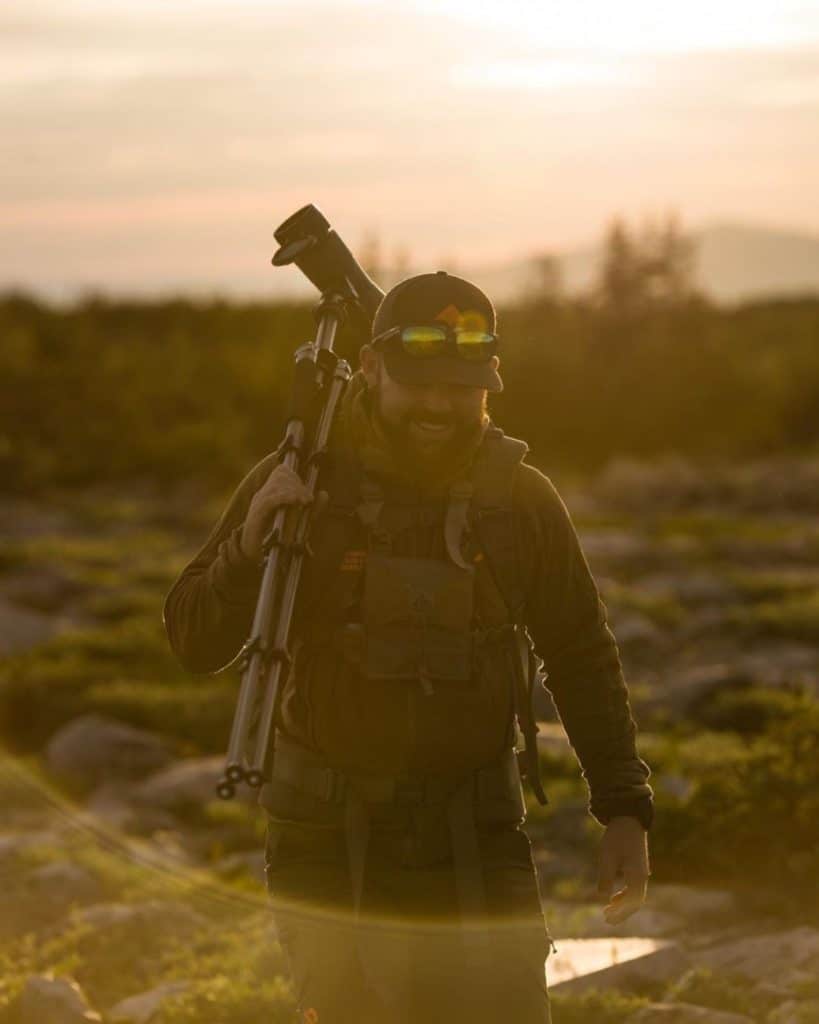 The first sliver of BLM I came to, there were three bedded pronghorn bucks on the north side of a rocky rise. With only an hour of daylight left, I threw on my bino harness, camo shirt, and archery release, excited for the possibility that I could be cooking antelope backstraps over the fire within the hour. Little did I know, spot and stalk antelope hunting with archery tackle would not turn out so easy.

Though not as spooky as mule deer or elk with scent, the wind was no doubt, not in my favor as I peeked my head through the grass to get a range. By then, the antelope already had their binocular-like eyes pegged to my approach. Even as the range-finder flashed 67 yards, I knew the gig was up before I could even attempt to close the gap to my effective range.

The scenario played out that same way on 3 more stalks that evening. There were proving to be way more opportunities to stalk antelope than I imagined, even if those stalks proved to be low percentage options. The next day, I tallied up 6 more really solid stalks before a monsoon-like storm rolled through (rain, hail, thunder and lightning and all) and sent us back to Laramie. Though I was 10 stalks into this spot and stalk antelope game, I was excited as ever to keep after it.

On September 7th, I set out for another weekend of chasing antelope, armed with a homemade antelope decoy. It proved more effective at allowing me to move around on the moon-like landscape than I would have ever expected. The rut still hadn’t kicked in, but my cartoon cardboard cutout and I stalked on antelope for two full days, culminating in me sending an arrow just under the brisket of a buck on a steep downhill at 47 yards.

I had just listened to an Eastman’s Elevated podcast encouraging folks chasing speed goats with their bows to just keep after it. Even if it takes 50 tries, one will come together. Besides that, I was gaining an intimate lay of this area with limited public antelope ground from all the bow hiking I was doing. That would prove helpful if it came down to rifle season.

Alas, 3 weeks later I returned to antelope grounds with my bow after an unsuccessful archery elk hunt with my dad in Idaho. On the morning of September 29th, the weather was not looking promising. It was foggy, rainy, and cold for September (it snowed in Sheridan that night). Knowing the rut was in full swing, I upgraded from my homemade cardboard decoy to a friend’s full-body fold-out decoy. It didn’t do the trick though, as failed stalk number 23 had me feeling pretty low about opportunities to tag out in the fog. 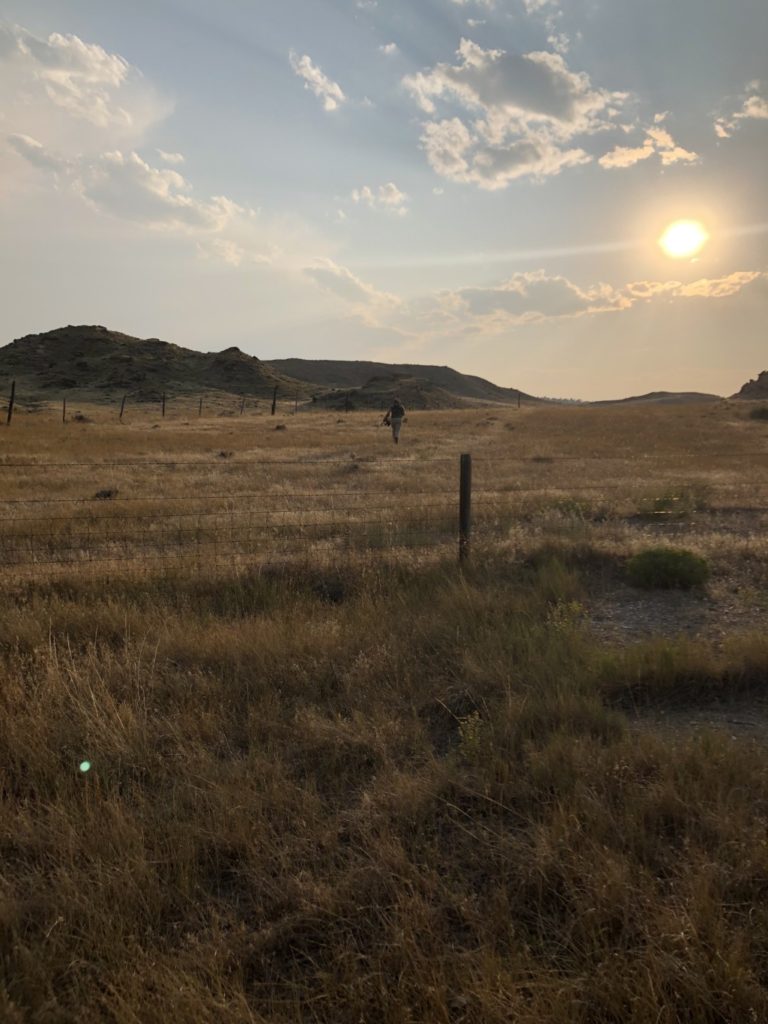 Then, my luck swung around…or so I thought. While waiting for a friend of mine to join me from Sheridan, I planted my butt and my decoy at the top of a ridge to wait for the fog to lift, giving me a better chance to spot antelope from distance. Then, through the fog and my misty set of binos came the black heart-shaped horns of an antelope buck charging in right at me. Completely caught off guard, I scrambled behind the decoy to nock an arrow, get my release on my string, and start firing away with my range finder at sagebrush landmarks to give myself known yardage points.

Assuming something wasn’t right with the little scrambling camo thing behind the little buck he was trying to run off, my antelope started paralleling us on the hill below, perfectly broadside. Figuring he was close enough to account for error in yardage judgment, I put the 40-pin on top of the vitals, the 30-pin resting at the bottom of the heart. I felt the thwap of the string send the arrow toward the antelope and watched in my dismay as the antelope did his duck and spin, safely beneath the flight path of my arrow. I stayed seated there as the buck disappeared into the fog, feeling like I needed some help to get this done. Not 15 minutes later, Riley, a high school friend from Oregon turned Wyoming hunting guide, rolled up in his truck to lend a hand.

Just about the time, Riley showed up, the fog lifted on this 1-mile state land section and antelope started popping up all over the place. A little harem was bedded here, a rutty buck chasing does over there, so we knew we had some options.

Riley and I began by trying to slip in on the bedded herd, hoping to follow a shallow creek bank to get close enough to pop up the decoy and challenge the buck that had them locked down. After belly crawling for what seemed like miles (probably more like 400 yards) up the creek, we popped the decoy up 100 yards away and watched as the buck pushed his antelope away from the intruder. Technically, that was failed stalk 25.

Riley and I sat in the dry creek bed for a moment analyzing our next move and watching as the rutting bucks ran around 300 yards away from us. Before we could even devise a game plan, Riley said to me, “dude, I think that buck is coming to check out the decoy.” Sure enough, a buck was trotting our way, but I was doubtful he’d cover 3 football fields to come run us off. Pretty soon Riley, looking through the hole in the decoy says, “Hey, uh, you should draw.”

I asked, “wait, are you sure? Shouldn’t we get closer?”

By then Riley was saying, “draw, draw…DRAW!”

Not even knowing what was coming us as I sat behind the decoy, Riley started ringing out yardages, “70, 55, 40…” and by that time I worked my way out from behind the decoy, bow drawn and ready to acquire my target. The buck stopped one last time quartering hard towards us, curious what the little camo thing next to the intruder was.

The arrow found it’s mark and we watched the buck run 50 yards, get wobbly-legged, and tip over. 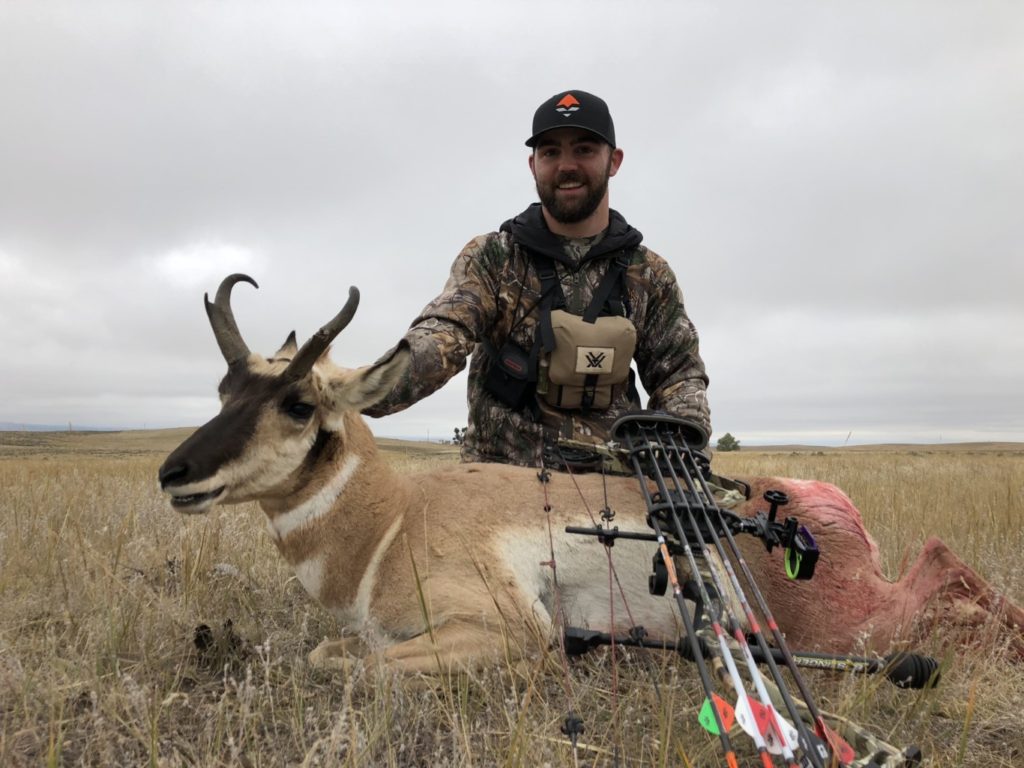 There’s something about the elation of a successful hunt that isn’t replicable elsewhere. Until tripping over sagebrush brought me back to earth (literally), few words described how excited I was to have that hunt come together after so many failed attempts. To punch that tag in DIY-style with a longtime friend on Wyoming’s public land was the perfect bookend to an incredible first experience chasing Wyoming wildlife.

That was the first antelope I had ever eaten and man, was I pleasantly surprised at how much I enjoyed the backstraps and tenderloins of that speed goat. Variations of slow-cooked roasts became a staple of my antelope. They even scored me points as table-fair at the in-laws over the Holidays.

Jaden Bales originally wrote this as a Wyoming Wildlife Conservation Ambassador based in Laramie. Now, he is a staff member for the Federation as the communication director and lives in Lander, Wyoming.