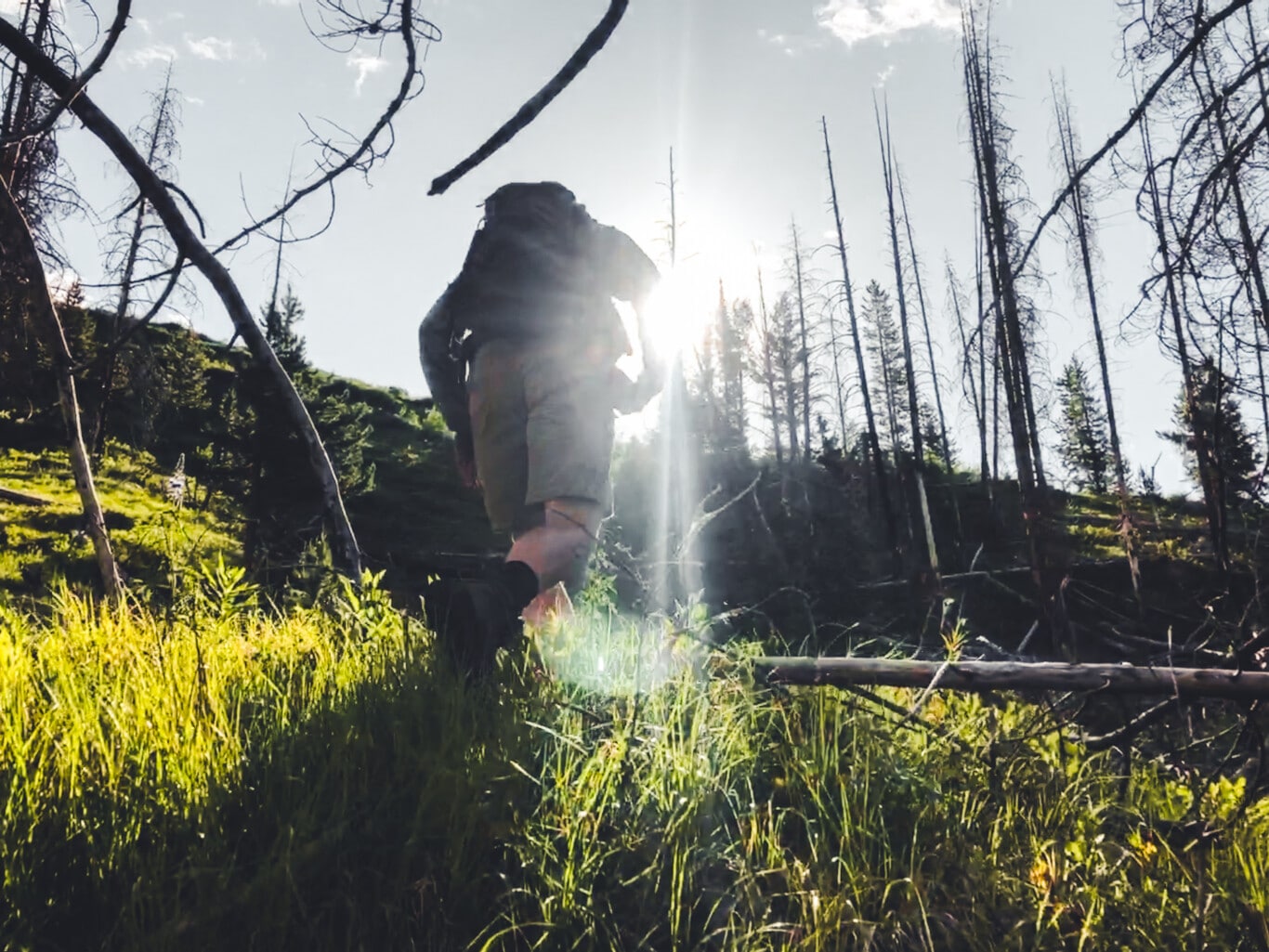 Why We Care About the Bridger-Teton National Forest

If you are standing in Kemmerer, Pinedale, or Jackson, Wyoming, you can see the jagged peaks of the Bridger-Teton National Forest on the horizon. These 3.4 million acres of forest are home to some of the highest quality hunting, backpacking, fly fishing, and other outdoor adventures in the lower-48. They are enjoyed by tourists, new arrivals, and long-time residents alike and support jobs across the spectrum of Wyoming’s economy.

The Bridger-Teton National Forest and what happens there matter to a ton of people, from ranchers to guides, oil and gas workers to bird watchers. This is why we care about the Bridger-Teton.

A True Taste of Wyoming Wilderness

One of my first tastes of Wyoming’s wilderness was in the Bridger-Teton National Forest. I first came here as a field technician studying birds in the summer of 2019, and that July I backpacked forty miles in five days into the Gros Ventre wilderness in search of the randomized GPS points I had to survey. There were no trails to follow and no signs of other people for most of the trip, but there were abundant wildlife, birds, and spectacular landscapes. 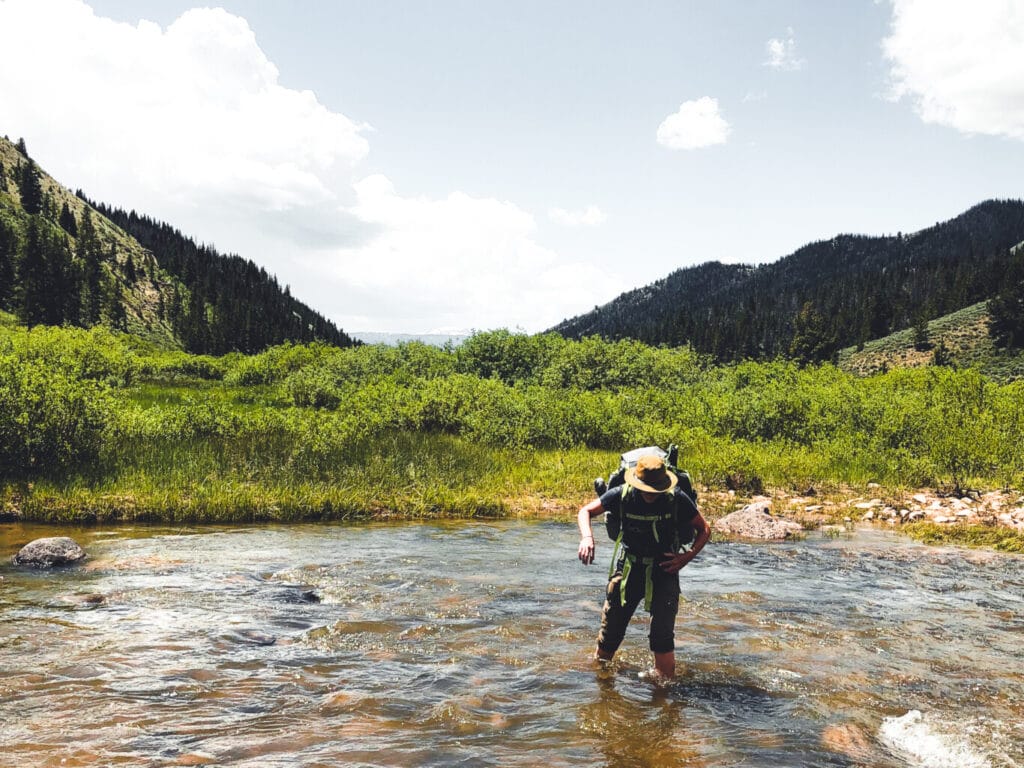 My survey partner and I saw black bears and grizzlies, heard wolves howling in the wee hours of the morning, and recorded over forty species of nesting birds on our surveys. At one campsite, we were approached by a pair of curious river otters who had clearly never seen humans before; at another, we followed wolf tracks across a beaver dam to navigate a flooded mountain meadow under the careful watch of a pair of nesting cranes. I fell in love with Wyoming on that trip, and it was a significant part of why I chose to leave behind transient seasonal work and stay here.

Public lands are part of the essence of Wyoming. From birding to hunting, backpacking to off-roading, we all have something to gain or protect from participating in the public land planning processes. In a state with so much public land, it can be hard to keep track of the way it’s all managed, which is why I want to bring attention to the Bridger-Teton Forest Plan that’s currently being updated. Public comment will be opening in the next year, and if you have a vested interest in the forest’s wellbeing like I do, you should keep an eye out for the announcement on the Bridger-Teton National Forest website.

Moments to Remember in the BT

The first shot hit his flank, and while the moment, seemingly eternal, concluded within thirty seconds, t. The echo of his grunts waned to the chirping birds and I had my first bear.

His reaction, so contrary to ungulates I have taken in the past, displayed the spectrum of nature few experience. Lying next to the now deceased black bear, I tried to calm my nerves. Though my exhilaration was hard to hide, the overarching emotion was anxiety; a lingering feeling that he would get away, a desire to make death happen fast and the pulsating adrenaline that hit like a morphine drip. Truly one of the most terrifying and impactful moments of my life. As Wyomingites, we are granted these rare moments of authentic human experience. 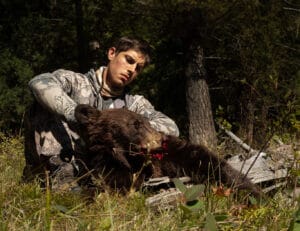 Conservation Ambassador Chris Bancroft with his black bear. Chris used every piece of the bear he could, from bear meat, to bear fat, and tanning the hide and skull, nothing went to waste.

Not only can we live it during the hunt but we can share these moments with loved ones through food. Dozens have enjoyed the meat of this particular bear and dozens have changed their perspective on its culinary merits. They have deepened their connection to this species from an animal seen running across the road to worthy table fare. In addition to the meat, I was able to teach two young Wyomingites hide tanning. Not an inch of the bear was wasted – the pelt and skull are displayed proudly in my living room. I cherish that boar and the land he was taken on.

It would be irresponsible of me to not advocate for future land use as it pertains to hunting and fishing. The real lesson isn’t in the story of my first bear but the possibility that future generations will only be able to read about my first bear. That’s why it’s important to participate in the current update of the Bridger-Teton Forest Plan and keep a lookout for the opening of the public comment period in the near future.

I found him still as a statue between two trees. I could not see his rack, but I could see his girth and mass and knew he was a prize. The pressure was on. I had an audience of 6 men who intermittently commented on if I missed the shot, they’d be sure to get it, and also I needed to remember to breathe. I would not have this opportunity without them, so I asked them to shut the hell up as politely as possible. One in the chamber of my Remington 25-06, three breaths in followed by three breaths out, squeeze don’t pull. Follow the ritual. 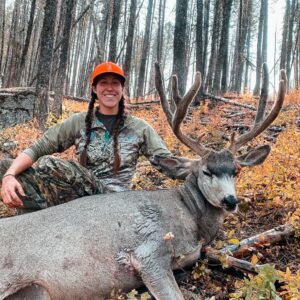 Despite the adrenaline coursing through me, I took the mule deer buck down with one shot through the lungs. That is all I care about – a humane kill. My first big game animal was a beautiful velvet buck on opening day in Western Wyoming.

The hunting opportunities provided by the public land of the Bridger Teton Forest offered me a chance to not only have an incredible memory but to fill the freezer with delicious mule deer backstraps to share with family and friends. Keeping the Bridger-Teton NF in its same wild state is important to maintaining these opportunities. I encourage everyone to keep their eye out for the public comment period and be involved in the upcoming planning process for these beautiful Wyoming public lands.

Tune in to WWF channels to learn more about the coming Bridger-Teton National Forest Plan. When it arrives, please voice your perspective to ensure we keep this incredible part of Wyoming wild.