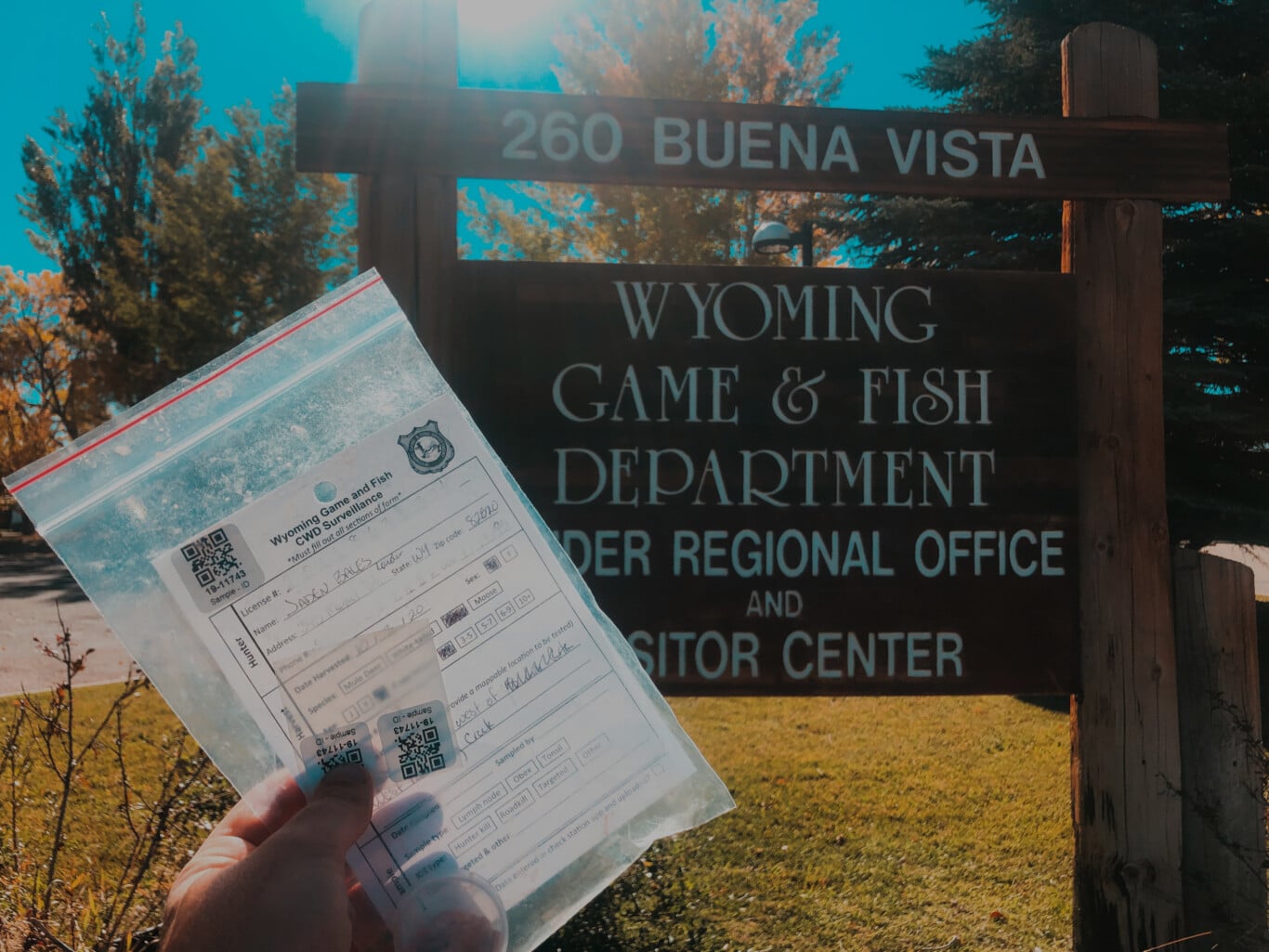 Why You Should Get Your Deer Checked for CWD

Chronic Wasting Disease (CWD) was first detected during the 1960’s in a captive deer research facility in Colorado. Although that’s not yet the worst thing that Wyoming has inherited from Colorado, it is becoming an increasing concern for wildlife managers and hunters.

In summary, CWD is incurable, causes degradative neurological effects and weight loss, and has never been eradicated once introduced in an area. It is a density-dependent disease that affects older male deer at higher rates and severity, which skews herds to younger ages.  This means the more deer there are in an area, the faster it spreads and the more severe the symptoms are. It also affects all cervids including mule deer, whitetail, moose, and elk.

A previous Wyoming Wildlife Federation article goes into greater detail about how CWD works and what it is.

Although most hunting areas have voluntary testing in Wyoming, areas 59, 60, 64, 65, 157, 171 are deer hunt areas with required CWD testing going into the fall 2022 hunting season. Increased participation could negate the need for required testing units. Volunteering tissue for testing is quick and easy: the Wyoming Game and Fish Department outlines steps you can take this season to test for CWD.

Just two years ago, CWD popped positive in three hunting areas it was never previously recorded in. An elk in the National Elk Refuge herd tested positive for the first time since mandated testing of all harvested animals at the refuge started in 2018. As a disease that is often associated with deer, Wyoming Game and Fish Department (WGFD) now has its hands full trying to figure out how to protect elk and moose. Wyoming hunters stand in the position to be incredibly influential with how management decisions are made by getting their deer or elk tested for CWD. 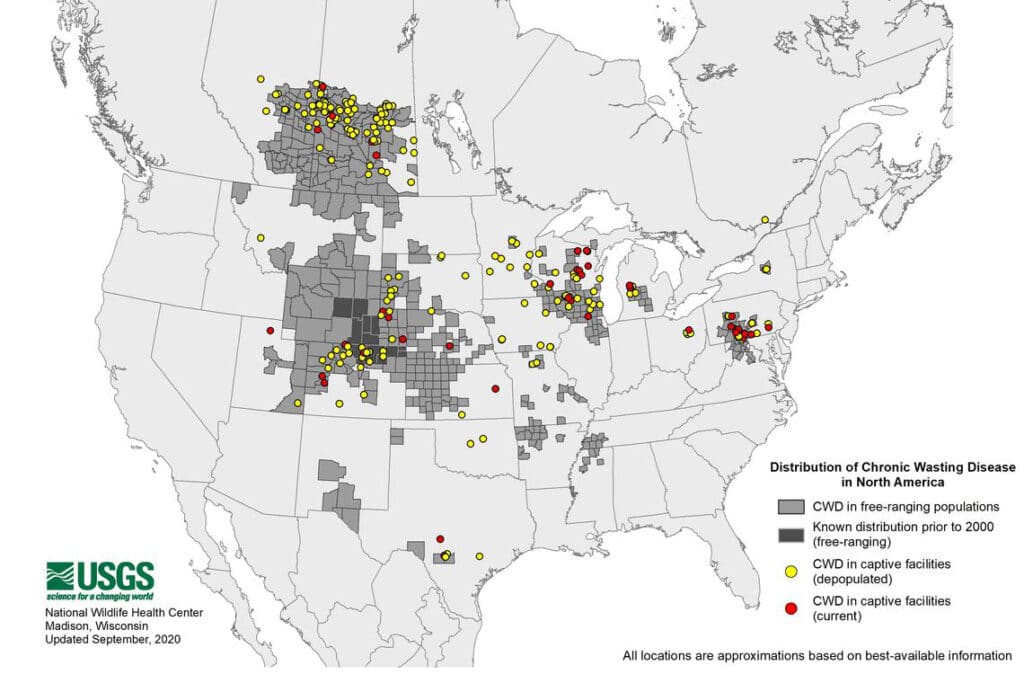 If you’ve ever seen an animal with CWD, you already know that the symptoms look rough, to say the least. The last thing any hunter wants is for herds to consist of small and unhealthy deer, but how does testing help? Don’t biologists already know where the infected herds are? Here are some reasons this season to get your deer tested this fall.

When biologists talk about data, they are referring to the amount of knowledge they have on a subject. If no data was collected to get to the bottom of why herds struggle in certain areas, we would have an emergency on our hands with no idea how it happened and no plan to fix it. Data on Chronic Wasting Disease, in large portions, needs to come from hunters. Having larger data sets means biologists in charge of deer management can make better, more informed management decisions that impact all hunters.

In a recent study published by WGFD, most herd management areas reported “insufficient data” to draw conclusions about herd management. Without hunters on board with CWD testing, WGFD would not know how or where to manage population sizes. Bigger data sets can paint a more accurate picture of what percentage of deer are infected in an area, can affect containment decisions, and allows researchers to make headway on cutting-edge solutions.

To be considered zoonotic, a disease must be able to successfully transfer between animals and humans. To date, CWD is not considered zoonotic, but the CDC does consider it to be a disease of “zoonotic potential.” What exactly does this mean? If a disease hasn’t infected humans yet, it never will, right? When an animal vector (something to incubate and mutate a disease) is available, viruses can take on changes that make humans more susceptible to harmful effects. These changes are given the opportunity to mutate in an environment where there is a constant exchange of disease material between wildlife and humans. With a changing climate, we also don’t know how zoonotic illnesses will behave in areas where dependable weather patterns have held down some transferal. It doesn’t hurt to be careful in preventing zoonotic outbreaks, and getting deer tested gives scientists the material they need to track and understand CWD. The information gained from your deer could keep humans and the deer safe.

Wyoming is facing a shift in its economy as some resource extraction is being limited in a wave of environmental restrictions. As Wyoming residents and policymakers wonder what to do next it’s worth considering that there are crutches to nurture, including huntin 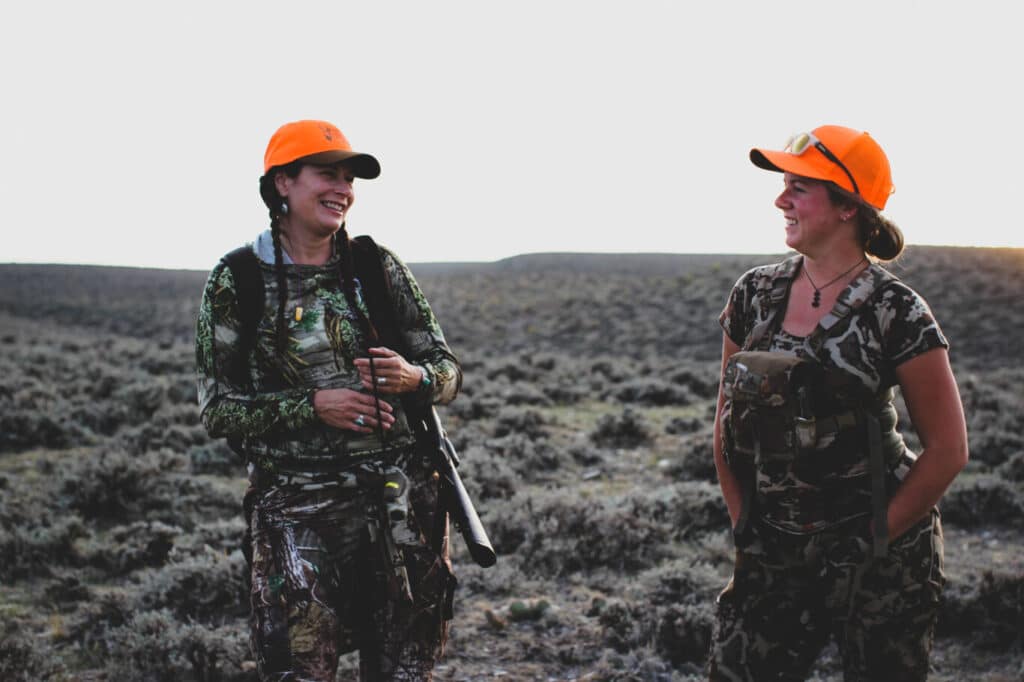 WWF’s Joy Bannon and Jess Johnson chat about a their next stalk. Photo by Jaden Bales

g and recreation. Hunting in Wyoming brings over $80 million in salaries alone to those who work in the industry. The justification for responsible hunting practices is put in the spotlight when you consider healthy herds as an asset to the future of Wyoming’s economic stance. Whatever you can do to protect that asset is an effective part of the fight for viable hunting and income for generations to come.

Researchers on the molecular level are finding potential pathways of disease eradication, and those studying the behavioral transmission of the disease use data collected to find effective ways to contain the disease so it doesn’t spread to new areas. Novel solutions to these issues come from research labs, field biologists, and hunters like you. These can come in the form of new habits hunters can make, such as avoiding urine-based scents when attracting deer. Some findings, such as the appearance of CWD in deer urine, may challenge old hunting practices. This isn’t always fun, but the strength of a good hunter is the ability to navigate challenges for the well-being of sport and the animals.

Some mandates are strategically placed to meet a “quota” of data required to make responsible and science-based management solutions for herds in the area. Nobody wants to cause a scare over meat that the CDC still declares as safe to consume, but without being realistic about the need for data to protect herds and track the disease due to fear of positive tests, we could do more damage than good. Remember, “more data, more deer” means that either complying with required testing or being a savvy hunter and volunteering to test means that you are actively participating in the future of Wyoming’s healthy wildlife and hunting economy. Hunters in Wyoming are uniquely responsible sportsmen and women who have an opportunity to show the rest of the country what it looks like to love your land and your wildlife. Testing the fruits of your hunt preserves healthy herds for future generations.