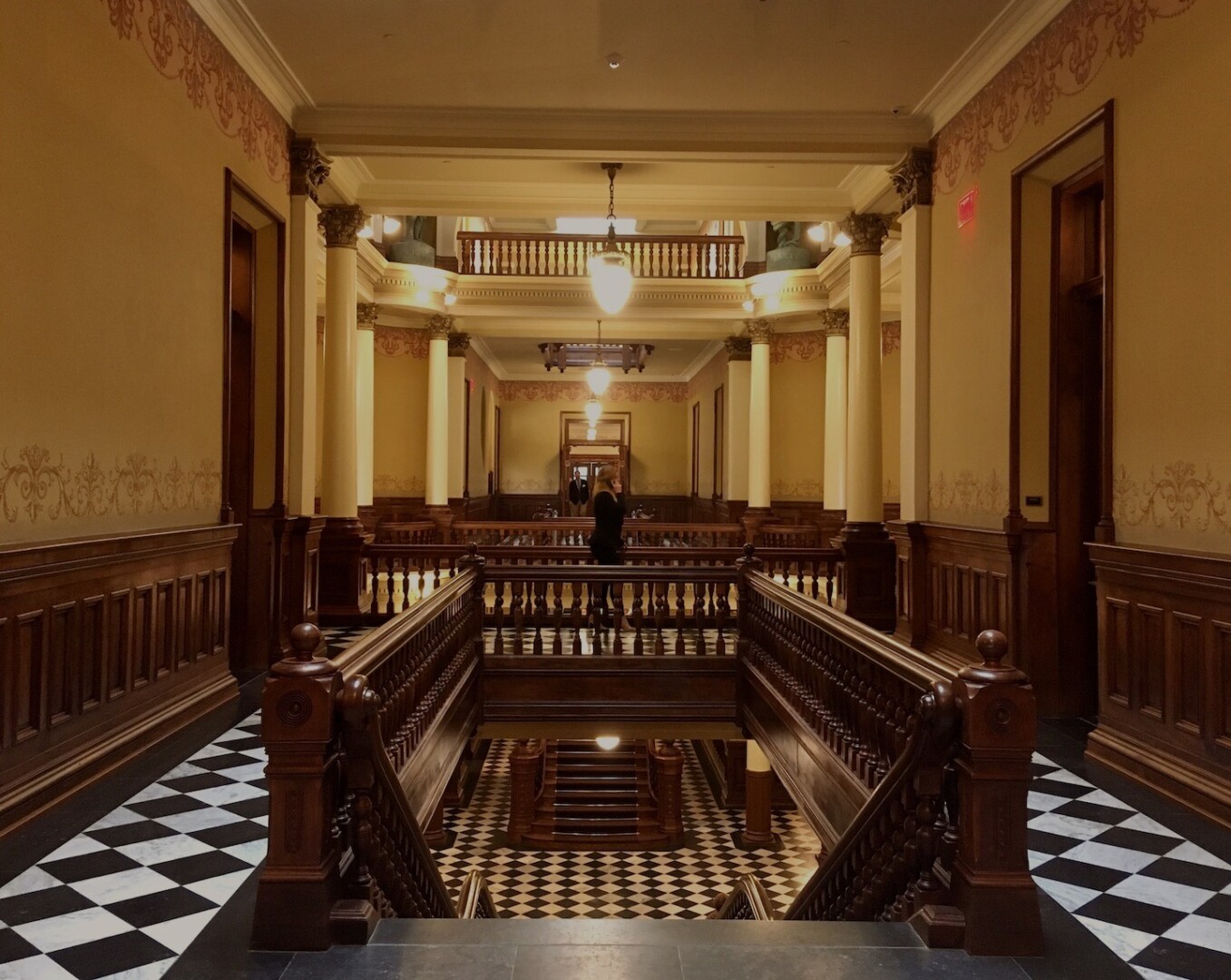 Why Sportsmen Should Care About the 2020 Legislative Session

The 2020 legislative session was incredibly positive for hunters, anglers, wildlife, and wild places in Wyoming. We had long days and hard discussions about wildlife, hunting, and angling opportunities with folks from all sorts of backgrounds. It can be tense working with people on every side of an issue, but people here in Wyoming are a tight-knit group who care deeply for this state. Friendships are built in the legislative process through considerate discourse in person and working together to find the best outcomes for all. When disagreements occur, we can still shake hands at the end of the day. That is the process the Wyoming Wildlife Federation has always used on behalf of Wyoming’s wildlife, wild places, and opportunities to enjoy them and 2020 was no different.

So, what came from the 2020 Legislative Session?

Wildlife Crossings Got a Needed Boost

In a time of tight budgets, Wyoming came together and found creative solutions for funding. Wildlife highway crossings were at center stage for the legislative wildlife work. The Federation and partners worked hard on behalf of wildlife highway crossings and helped the legislature pass three bills, plus a budget amendment that will raise over $3M for mitigating and minimizing wildlife and roadway collisions.

Here are details of those bills:

Prior to this bill, the WYDOT wildlife conservation account was solely funded via the sale and renewals of the specialty conservation license plate. The account can now accept donations of money or property from individuals or entities, and WYDOT can now solicit donations.

This bill allows anyone registering a vehicle, including snowmobiles and off-road recreational vehicles, in Wyoming to donate an additional amount to wildlife conservation efforts related to the transportation system. When passed, this bill gave all Wyomingites seeking to register any motorized vehicle an opportunity to donate to the Wildlife Conservation Account.

This bill establishes a stamp (like the conservation stamp associated with hunting and fishing licenses) that people can purchase. All proceeds go toward wildlife conservation efforts related to the transportation system. It also expands the reach of soliciting voluntary donations beyond the residents of Wyoming.

An additional $3M for wildlife crossings in the state’s budget is incredible for wildlife. It came with a stipulation for matched dollars, meaning this amendment could secure $6M for structures and wildlife collision work around the state. 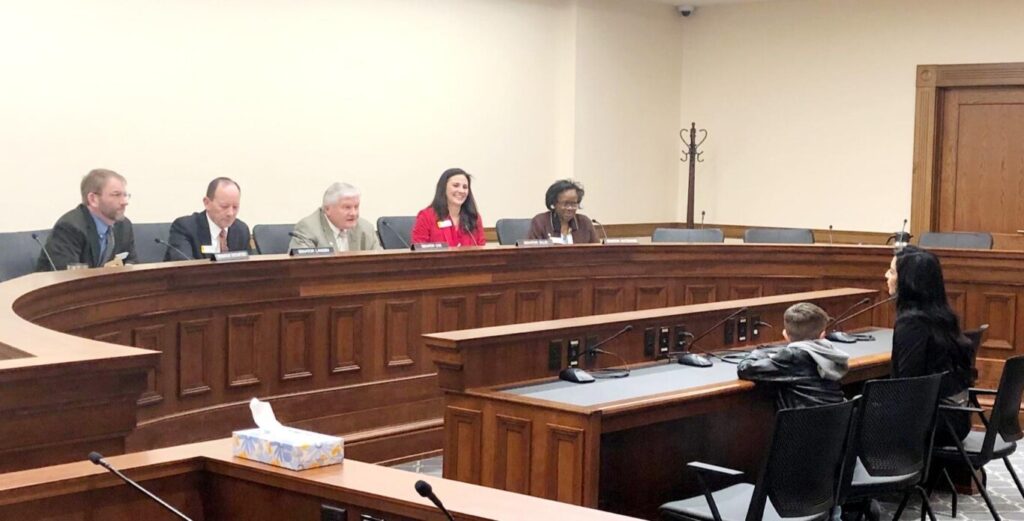 WWF ambassador, Codee Augustin, and her son testify on behalf of the SJ0001 – Firearm and Hunter Education

The Federation hosted the annual Camo at the Capitol citizen lobby training and Sportsmen’s Legislative Reception again in 2020. The WWF Conservation Ambassadors joined staff at the Capitol with their kids to help lobby through a Senate Joint Resolution urging Wyoming schools to include hunter education in their voluntary programs and extracurricular activities. The legislature put their nose to the grindstone for hunters this year and cleaned up statutes with inconvenient loopholes and pushed to find ways to expand opportunity for hunters and anglers.

Below are just a few of the bills that have been signed into law that WWF actively lobbied on to improve opportunities for hunters and anglers in Wyoming:

This joint resolution allowed and encouraged the Game and Fish Commission to work with the state superintendent of public instruction and the state board of education to provide firearm and hunter education as a voluntary physical education elective in public schools.

The Pioneer Archery License Bill allows archers who are 75 years and older a free archery license. Applicants must have resided in the state for a continuous fifty years prior to application.

Previously, there has been a conflict surrounding the perception of hunters whose harvest information was publicly available – particularly with species like bears, lions, and wolves. This bill provided protection to hunters by limiting the release of personally identifiable information and geographic information of harvest.

HB 187 allowed the selling agents to collect credit card processing fees on license sales, so those folks can cover transaction costs. This bill will help retain agents, like rural gas stations and fly shops who are otherwise considering not offering license sales around the state to help with access and opportunity to licenses.

Unlike the rest of the Big Game in Wyoming, Bison are defined as both wildlife and livestock. This distinction created a loophole and made it such that a bison license holder could not defer the license a year in the event of catastrophic injury or life-changing events (as defined by the commission), or active duty deployment. This bill fixes that loophole and allows for a one-year deferment on the license to match the rest of the big game tags in the state.

Often the bills requiring the most work are the hardest to understand. They contain layered pieces of legislation that are complicated and hard to communicate. WWF spent a lot of resources working on three important issues that surfaced during the 2020 session; the process of designating migrations corridors, the federal program that helps fund counties with large tracts of public land (Payment in Lieu of Taxes – PILT), and defending Wyoming’s fisheries. 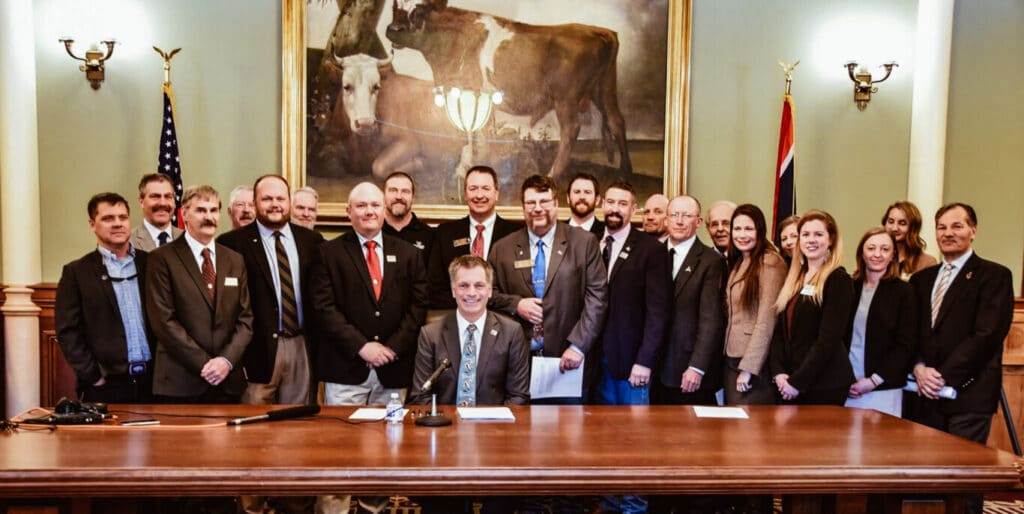 Here is a short version of these bills and why WWF did not support them:

Early in 2020, Governor Gordon debuted his draft plan for designating migration corridors in the state. The first of its kind, the Governor and his staff took the recommendations from a diverse set of stakeholders sitting on the Governors Migration Advisory Committee as well as edits from all interested communities to develop the executive order (EO) on migrations. The EO put migration corridor designation into a process for the state to follow. An executive order differs from a legislative statute by being flexible and nimble to make changes needed in a new state process like the designation of corridors.

A statute, while certainly accountable to the public through the legislative process, is a rigid and unforgiving format for untested wildlife management. WWF took the stance to support Governor Gordon and his EO on migrations instead of these bills. They seemed to go around the executive order and put a final, legislatively controlled process in place that did not benefit the multitudes of interested parties, let alone the fact these bills undermined the exhaustive and widely supported work the Governor put into this issue.

The Federation lobbied against these bills and all three were defeated upon introduction. In the end, WWF will be active in the Governor’s EO process, and if a legislative statute is needed and reasonable down the road, WWF will pursue a bill then.

Called the PILT bill, this piece of legislation mandated a costly study of the Federal PILT program and the dollars the counties get from it that often fall woefully short. While the thought process behind this bill is something WWF supports, the bill itself did not focus on key issues. It was introduced with a $2.5M cost to the state of Wyoming and later amended down to $500,000. WWF asked this issue to be kept in discussion in the interim session as well as offering a few amendments to help this bill focused on solving problems that would be beneficial to our federal delegation to update the PILT program. After much discussion with multiple legislators and stakeholders, SF 110 was defeated in the last days of legislature.

Since the 1980’s WWF has been involved in the long history of Wyoming’s Instream Flow program. This year, alongside partners at Trout Unlimited, WWF worked tirelessly and successfully to defend it. The process ensures Wyoming’s sensitive fisheries are healthy and have enough water (flow) to sustain them throughout the year without hindering landowners or other senior water rights. WWF understands water is precious in this state and worked to encourage the addition of a public meeting to the application process to enhance transparency and public input while also discouraging the addition of other bureaucratic extra steps. 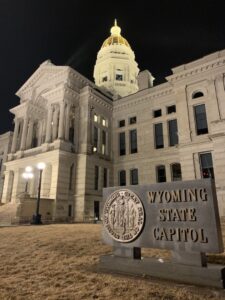 Wyoming has a citizen legislature and the Federation tips its hat to all of the folks who spent upwards of 14 hrs a day for five weeks straight working on the statute and policy that keeps this state running. The Wyoming Wildlife Federation attended the entire session at our state capitol and knows how taxing it can be on personal and professional lives. We are lucky to live in a place where our legislators are our neighbors and because of this WWF works hard to bring its memberships voices to Cheyenne. The ever-present goal is to work with partners, our membership, and our legislators to make the best decisions possible for our wildlife, hunters, anglers, public and private lands.

As a result of hard work from staff, members, and the public, this goal was accomplished in 2020.

If you have questions about this year’s legislative session or want to discuss legislation being worked on for future sessions at Wyoming Wildlife Federation, feel free to email legislative liaison, Jessi Johnson at Jessijohnson@wyomingwildlife.org