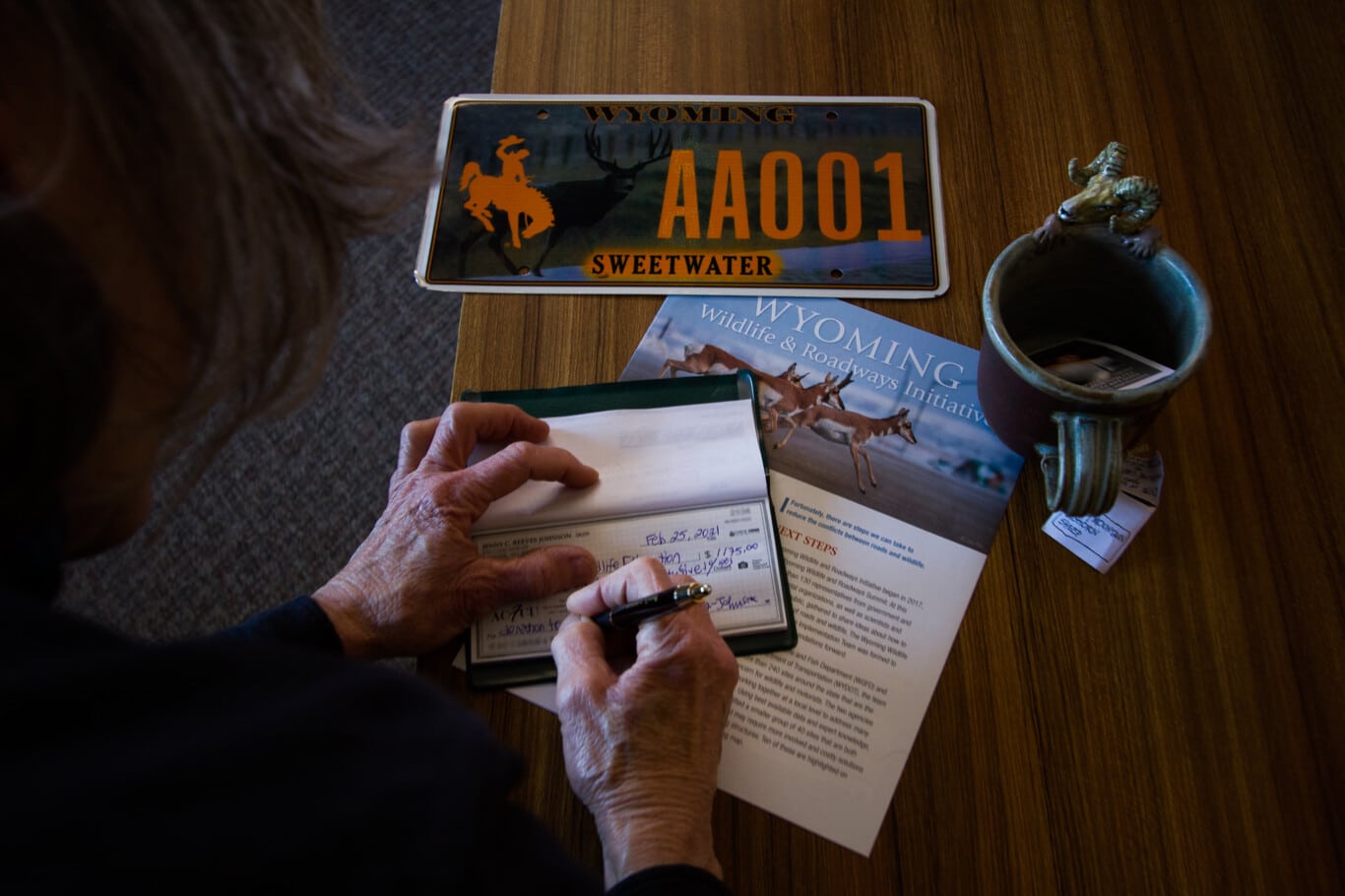 Back in December and January, artists Jenny Reeves-Johnson and Noelle Weimann of the Sweetwater Studio in Lander, WY teamed up with the hopping coffee shop, Cowboy Coffee Co. in Jackson, WY, to raise money for wildlife crossings. This art show, lovingly named “Share The Road” had wildlife-themed paintings, ceramics, and many other pieces for the wildlife lover. Despite the pandemic, many art enthusiasts supported the art show and wildlife crossings, making a significant impact on wildlife and roadway safety in Wyoming. 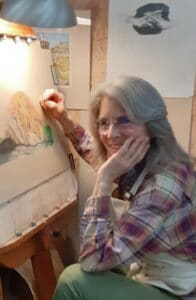 Seen here: Jenny Reeves-Johnson works in her space at the Sweetwater Studio.

Each of these artists put their heart and soul into the show from the get-go. Jenny Reeves-Johnson spent months making a one-of-a-kind, 13-piece handcrafted mug collection based on critters Wyomingites could find hit alongside busy roadways for Share the Road. They were quite popular pieces in the art show!

Noelle Weimann is often kept busy with commissioned paintings, but was able to include some incredible pieces of her art in the show, as well! Her specialty is beautifully and brightly colored pieces of wildlife, including moose, bison, mule deer, and others.

20% of all proceeds from the art sold from the Share the Road Art Show went directly to the Wyoming Wildlife Federation for use on wildlife crossings projects, such as funding some of the 40 identified crucial hotspots for wildlife in Wyoming. 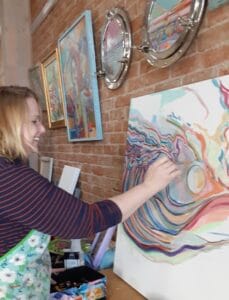 Housed at Cowboy Coffee Co. in Jackson, the show was able to garner great interest from locals and visitors to Wyoming-alike. The show was set to run the month of December 2020, but Pete MacIlwaine, co-owner at Cowboy Coffee, felt the show could run another month in the shop due to the combination of restrictions on public traffic from COVID, the immense interest in the art pieces by those who came through, and the important wildlife conservation cause the show was going toward.

Normally, art galleries and coffee shops, like Cowboy Coffee, will split a bigger piece of the revenue from an art show, but Pete at Cowboy Coffee wanted to make sure this show raised more for wildlife and reduced the shop’s commission for the show. 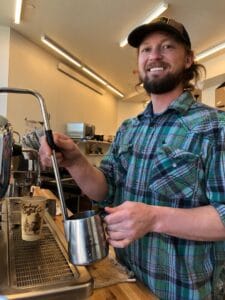 Seen here: Pete MacIlwaine, owner of Cowboy Coffee Company, making some of his java for a customer.

All told, these passionate artists and coffee shop owners raised $1175 for wildlife crossings through the sale of art. The Federation cannot thank these two artists and Cowboy Coffee enough for taking a stand for safer roadways, and healthier wildlife populations long into Wyoming’s future.