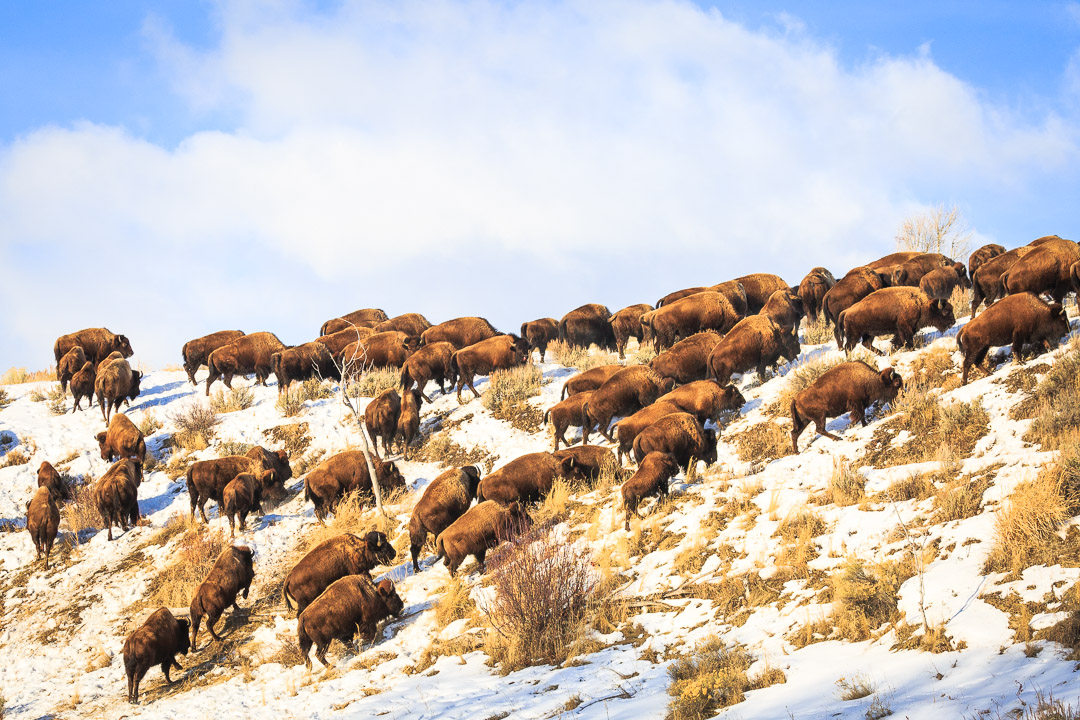 Baldes & Bison: What the Return of Buffalo Means to Native Peoples

An Eastern Shoshone who lives on the Wind River Reservation, Jason Baldes is the Tribal Buffalo Coordinator for the Tribal Partnerships Program at the National Wildlife Federation. He works to restore bison back to homelands of indigenous tribes, like his own, as a way to reconnect and celebrate cultural ways, as well as heal from the atrocities of the past and present.

When Jason talks about reconnecting to the cultural ways of the past, he refers to a time prior to European contact when the Eastern Shoshone would use every part of the buffalo in some way interwoven with their daily life.

He fondly tells youngsters on the Reservation, “the buffalo was our people’s Walmart.” It was their grocery, clothing, and hardware store all in one. 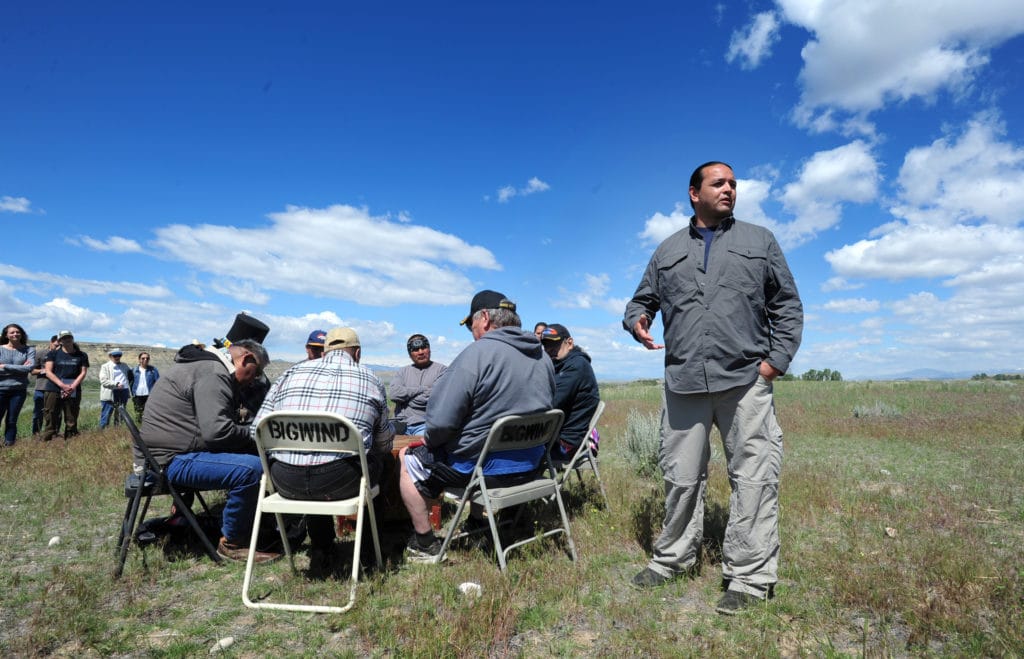 They made tools, cooking utensils, as well as ate all the meat from the bison. When there weren’t fruits and vegetables, native peoples would eat organs like liver, kidney, and heart that added needed nutrients in their diet. The stomach was a giant cooking pot for the Eastern Shoshone people. Ribs from the bison were made into sleds in the winter. And of course, hide was used for clothing.

This connection to the wildlife is the cornerstone of what Jason does with bison reintroduction. In order for the tribes to use them and connect to that past in those ways, bison populations on the reservation need to be higher. 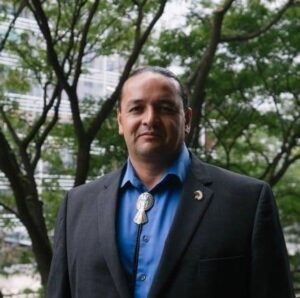 There are nearly 1 million bison in the U.S., however, they are largely domesticated, docile, and carry genes from cattle. These are not the buffalo of the past. There are about 25,000 genetically pure wild bison managed in 12 conservation populations as well as a few pockets on tribal lands and on public lands in places like the Book Cliffs and the Henry Mountains in Utah.

Jason talks about the need for a holding program for healthy, genetically-pure Yellowstone bison so they can be held somewhere before being taken to lands across the west. Being “just down the street from Yellowstone” he feels it’s a great opportunity for the Wind River Reservation to be a conduit to help expand reintroductions across the west, as well as bring a few jobs to the reservation specifically around this bison program.

Simultaneous to putting bison back on the landscape, Jason also feels there is an incredible opportunity to educate around bison culture.

“We’re working on this idea of a ‘Buffalo Institute,’ or ‘Culture School’. We can create a curriculum where our young people are not only using science, technology, engineering, and math but also fusing our culture so when our students are going off to school they’re getting the tools they need to come home and have jobs in a workforce here that improves our community.”

He adds that research about biodiversity and impacts of not having buffalo on the landscape by partnering with local and regional universities is also important. Since buffalo are and were a keystone species, there are greater implications for the ecosystem. We need to better understand the effect of the lack of buffalo hair on birds of concern, how bison impact nutrients in prairie soil, and other ecological impacts.

There is a lot to tackle related to bison reintroduction. It includes cultural education, research, on-the-ground conservation of genetically pure populations, and state and national policies through the Intertribal Buffalo Council and other organizations.

As buffalo are reintroduced and populations expand across the west through Jason’s work, progress is being made, even if it’s one newborn calf at a time.

WWF was honored to sit down and get a better understanding of both the wildlife importance of these incredibly iconic Wyoming critters and, more importantly, the immense cultural significance of this species for native peoples.

If you have questions about Jason’s work and would like to get involved, feel free to email Jason at BaldesJ@nwf.org or call him at 307-231-4299.

This article is based on an Instagram Live interview with Jason Baldes on June 16, 2020.