LANDER (10/1/18) – Wyoming sportsmen and women delivered a letter to Senator Barrasso today calling on him to support full-funding and reauthorization for the Land and Water Conservation Fund(LWCF). The letter highlighted LWCF’s support for projects like land acquisition providing public access for hunting and fishing, and preserving essential wildlife habitat and migration corridors in Wyoming. The 54-year-old conservation program expired yesterday. 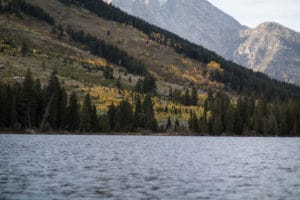 “Our elected leaders have made a massive mistake by letting this successful program expire,” said Dwayne Meadows, Executive Director of Wyoming Wildlife Federation. He continued, “Wyomingites know well the value of LWCF, it’s been an integral program for expanding access for hunting and angling.” 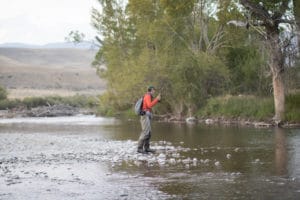 On Tuesday Senator Barrasso, as a member of the Senate Energy and Natural Resources Committee, will have a chance to vote on the future of the Land and Water Conservation Fund.
“This is not a partisan issue and I hope that Senator Barrasso chooses to stand with Wyomingites when he casts his vote tomorrow,” added Meadows. “Wyoming hunters and anglers will be keenly watching his decision.”