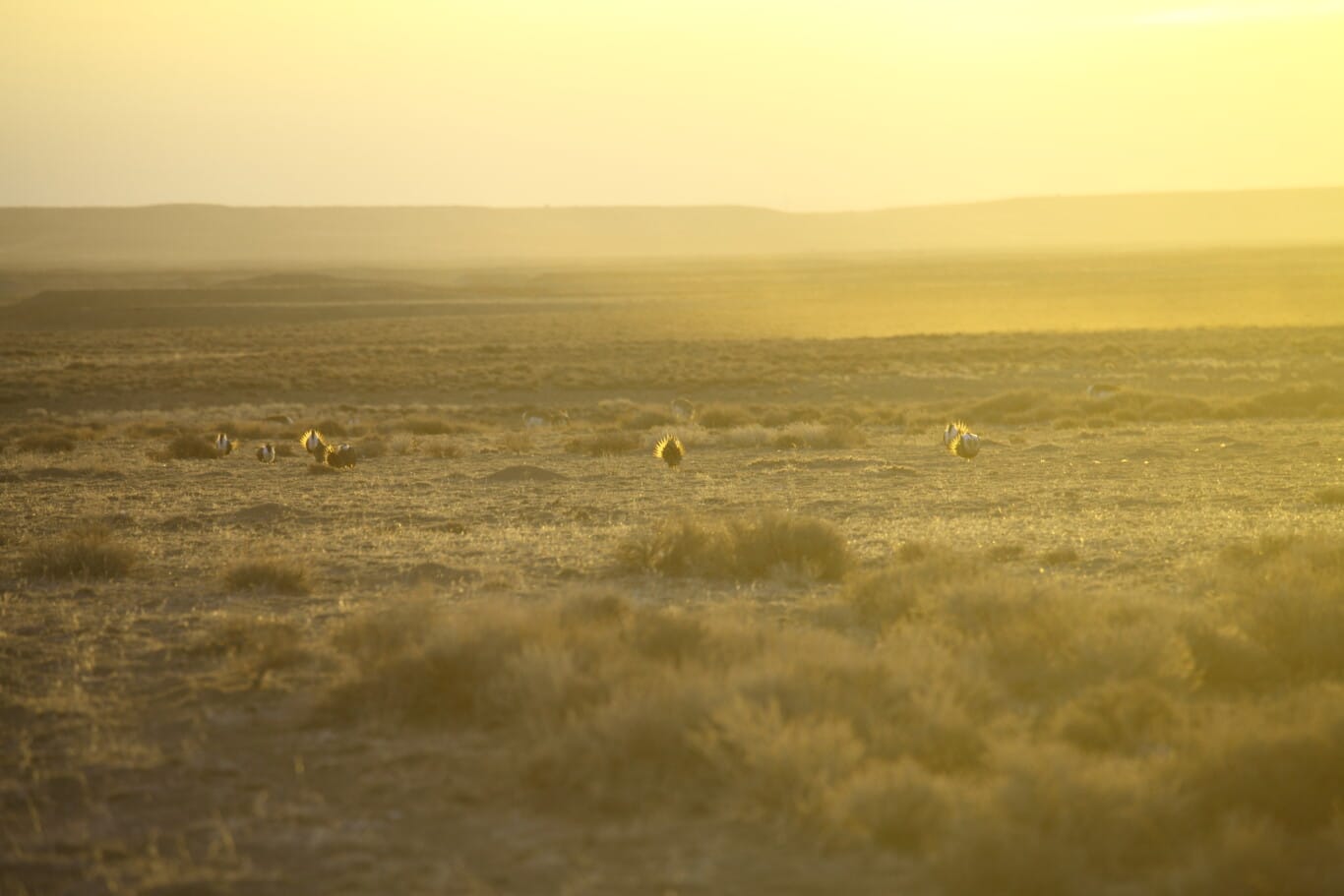 The bill includes an amendment to sunset once again in 5 years. While the conservation community would have preferred to end Greater Sage-grouse farming, your voices helped ensure this farming does not continue in perpetuity.

Thank you for making your voice heard and engaging so passionately on this important issue.

A bill proposes the extention of experimental sage grouse farming venture at the Wyoming State legislature. Doing so privatizes a native bird that needs our focus on wild conservation.

Here are three reasons Greater Sage-grouse Farming should not continue:

Senate File 61-Sage grouse game bird farms-no certification expiration-2 (read here) is the third attempt by legislators to change the sunset date agreed upon when legislation authorized farming of sage grouse in 2017. The end date of December 31, 2022, was established in the original bill.

Touted as a possible avenue for grouse conservation by its proponents, the venture has been challenged by setbacks and opposition from a variety of fronts. Only a single farm managed to meet the benchmarks set by the Wyoming Game and Fish Commission to become certified in 2020 after originally abandoning the idea in 2018.

The difficulty of the venture demonstrates what many organizations and citizens around the state have been saying since the beginning: there is little evidence to support that farm-raised sage grouse will ever be the boon to the species that is being advertised.

In addition to the low efficacy of captive-reared bird release, opposition cites disease concerns, the privatization of native wildlife, and the hurdles between hatching chicks once and actually running a viable captive breeding program as reasons to allow the program to sunset this year.

Game farms have a history across the country of unknowingly introducing devastating diseases like CWD to new areas. In Wyoming, the farming of other native wildlife like deer and elk is outlawed due to disease concerns and the opposition to private ownership of native wildlife. Unlike pheasant, chukar, and Hungarian partridge, which are all nonnative, commonly farmed, and proven to reproduce in captivity, sage grouse are native to the state and have never been bred in captivity on a large scale, meaning that wild collection of eggs could continue well into the future, removing birds from the public trust and placing them into private ownership.

This lengthy list of concerns is why the Wyoming Wildlife Federation, along with many other organizations and biologists across the state oppose SF61. The intention of a sunset date in the original legislation was to publicly revisit the progress of the venture, which has yet to happen.

Wyoming’s Famous Grouse, Its Neglected Cousin, and a Threat to Both