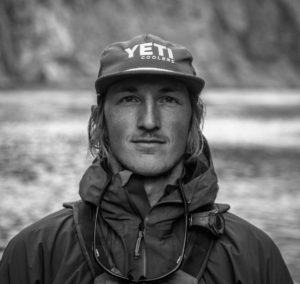 As I reshuffled and reorganized my belongings from my camper behind Wyoming River Trips to my truck, I was almost operating outside of myself. The moving felt surreal to the point that I didn’t really seam to have much control over the process- it just got done and before I knew it, I was saying my goodbyes to family and friends. I had been through a similar process countless times prior, as I would pack up and leave with the changing of the seasons. Back and forth from Wyoming in the summer through early winter, to Idaho for the spring and early summer and back again, year after year. I would guide for and help run the family rafting business in Cody all summer, hunt and fish and ski as much as I could each fall and into the start of winter, soaking in every bit of Wyoming magic that I could. I would then head to Idaho, for school in the early years, and then for the high school track season, as I would coach Pole Vault for Capital High School in Boise- times I truly cherished. This time was distinctly different though. It was a July 5th morning and I was leaving the only summer life I had ever known, as I moved to a new town in Idaho to take on a work role that was worlds away from the life I had known. I said my final goodbyes and drove off with a fully loaded truck (Chocolate Lab included). 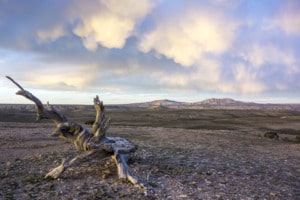 You know that feeling you get, it’s a mixture of fear and excitement? It sits right between your belly button and your heart, and it can really grab your attention. It has a way of either pushing you over the edge or making you take a step back. Lately, I’ve really been working on finding the courage in myself to take that feeling over the edge and explore where it goes. As I left that day, I had that feeling and I just kept my foot on the gas as I pointed the truck west and it lead me to a whole new world- the beautiful and wonderful world if Ketchum, Idaho. 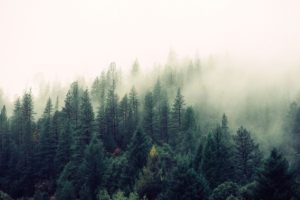 I had accepted an internship position with First Lite, a technical hunting apparel company based in Ketchum. Talk about a shock to the system! One day I was guiding and organizing river trips in Wyoming, the next (literally the next), I was integrated into this incredible brand and was working alongside new and outstanding people, from which I immediately began learning. First Lite is well known in its efforts to support  public lands, wildlife, and the conservation organizations that work hard to ensure these resources remain healthful and available for the common good. This conservation ethos is really what drew me to First Lite. I was motivated to work for a brand and alongside a collection of individuals that are passionate about a broader vision of land and wildlife ecology. It felt like the opportunity was ripe for me to soak up as much as I could during my time with the company and to learn from those around me. 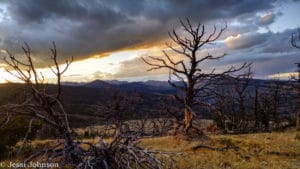 Doors began to open and connections began to form, as I started to feel my passions develop and mature to the point where I had a more clear vision of what a purposeful life meant for myself. One connection in particular was the catalyst for a new journey that would lead me back to Wyoming and jump start me into a career position that still feels like a dream. Jessi Johnson, Public Lands Coordinator for the Wyoming Wildlife Federation AND First Lite ambassador, had given me the inspiration to reach out to the federation and to really just let them know who I was and where my passions lie in regards to Wyoming and specifically wildlife. In short, the process brought me to a hillside in Northwest Wyoming during the September elk rut, bow in hand and in this instance, a bar or two of cellphone service. I don’t usually even have my phone with me, but knowing that an email might be coming my way, I decided to bring it with. After eating lunch, I decided I would check for service and for an email from the Executive Director, Dwayne Meadows. There it was, this job offer of a lifetime. Remember that feeling we all get that’s a mixture of fear and excitement and we notice it right between our belly button and our heart? Well, there it was! I was almost as surreal as the 25 yard encounter I had with a mature 6×6 bull only hours before. As I looked up from my phone and the email, and stared out at a landscape that pulls at my heartstrings in every way, I knew in a second that I could not possibly say no to this monumental opportunity to live and breathe wild Wyoming, to serve and connect the people of this exceptional state, with that wildness. I was being drawn back to Wyoming, and I could feel it inside. A dream come true.