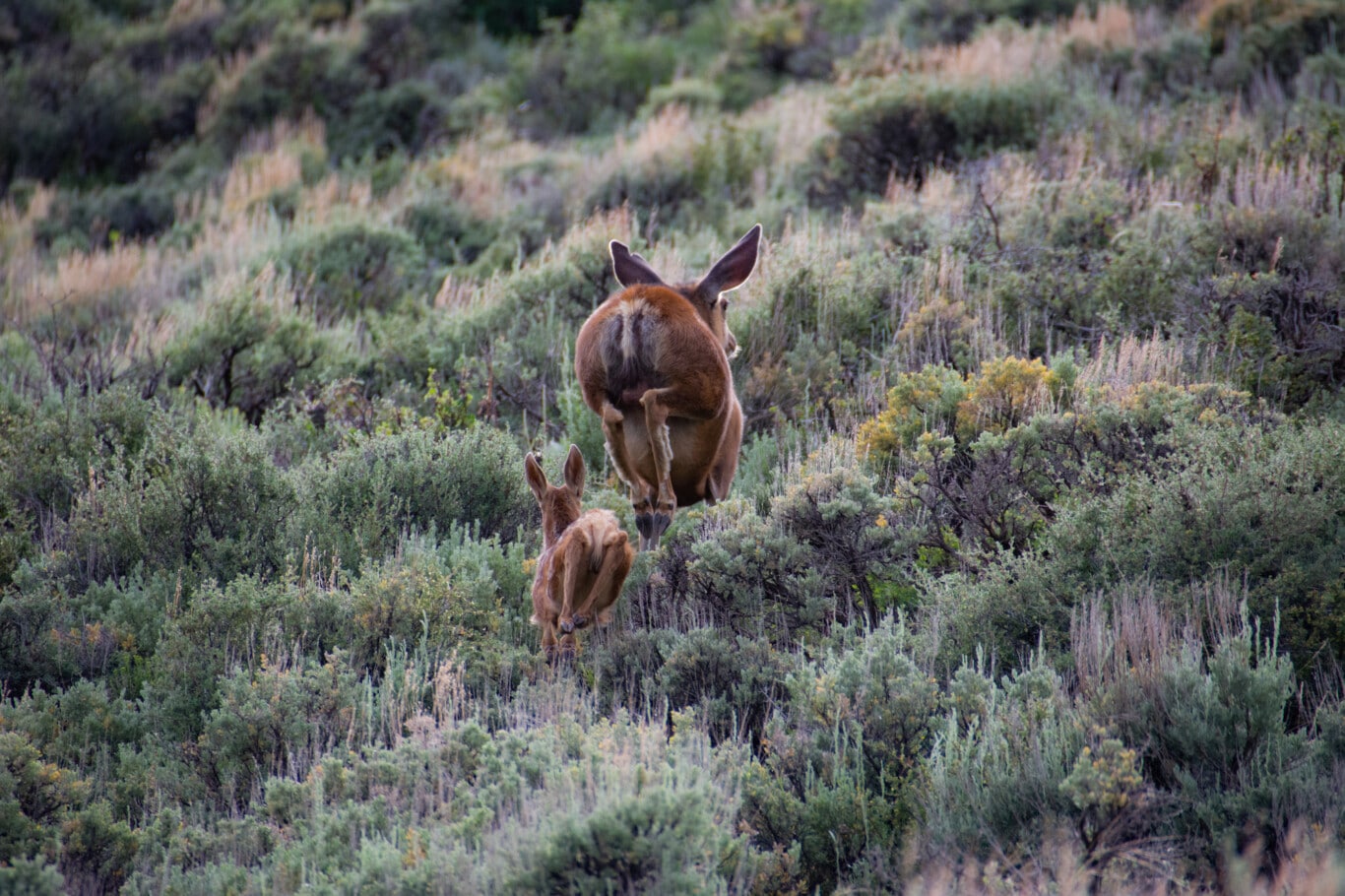 Few people are as immersed in rocky mountain mule deer science as Dr. Kevin Monteith. Dr. Monteith and his team are working to inform wildlife management decisions, “one data point at a time,” as Kevin says. A large portion of the information they have gathered is rooted in the migrations, habitat, and behavior of mule deer in the Wyoming Range.

The Wyoming Range mule deer project was started in 2013, a project to understand the main drivers of herd health in the Wyoming Range population. The herd estimates neared 50,000 animals in the late ’80s and early ’90s but this period was followed by a major crash after a bad winter in ‘92-’93. Dr. Monteith and his team now are trying to answer questions like, what caused the crash, what aspects of the habitat allowed that large population in the first place, and how can we improve current conditions?

All of these questions and research coincided with the Wyoming Deer Initiative, which was sanctioned by the Wyoming Game and Fish Commission, in large part due to a call from the public to know more about Wyoming Range deer.

Samantha Dwinnell, Kevin’s first research student, worked to understand the dynamics of the herd and human impacts on it, specifically oil and gas development and other human presence on the winter range landscape. Then, they linked this research to the whole population to understand some larger landscape-level impacts. The key finding was that deer simply were not utilizing all of the food available on key winter range.

As Kevin puts it, “they don’t experience nutritional stress from the perspective of running from something and incurring greater energy expenditure…what we do see is that they are not making complete use of the food that’s near roads or well pads. They’re basically leaving food behind.”

Another Wyoming researcher, Hall Sawyer, spearheaded research to identify the motivations behind Wyoming migrations. One thing that came from that work was understanding deer were incredibly faithful to a migration route. An individual adult will have one place to winter every year and one way they get there. After understanding the geography of the routes, the team dove into the timing of movements, called “surfing the green wave” as individuals follow the best quality forage up the mountain each year.

“Whether they migrate 10 miles or 100 miles, animals make these incremental steps that coincide with green up as it moves across the landscape, largely elevational-based, as they move towards summer range,” says Monteith.

Monteith’s team, namely PhD student Ellen Aikens, then looked at how drought impacts migratory movement. Their study found drought might alter the nice progression of movement up the mountain, as well as negatively affect the order of green-up based on elevation. This is another attribute on the landscape that also can lead to poor performing deer herds. 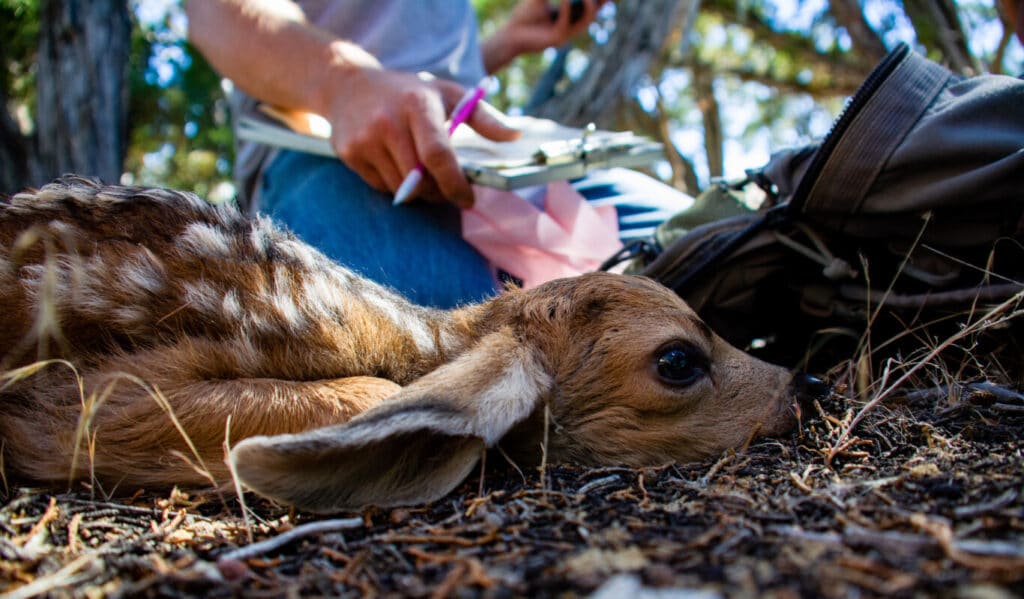 Another thing the Monteith Shop has been working on, specifically led by two other researchers, Rhiannon Jakopak and PhD student Tayler LaSharr, is studying the initiation of migration. They call it the “ontogeny of migrations.”

Kevin says it starts at resources – namely food. Migrations are incredibly important for robust populations because it functionally increases the resources available on the landscape, increasing carrying capacity. But that is not the motivation of each individual deer.

“The only way we get these answers is being able to follow a newborn alongside its mom until that fawn, ideally, reaches 3 years of age and is putting its own fawns on the ground for the first time. So, it takes time.”

They began this work in 2015, however, and they do have a little bit of information from the handful of animals that have been collared thus far. Kevin discusses one particular, F210, who went on a pioneering walk-about into unknown territory she had never seen before coming back to her home range. Her total walkabout was 120 miles – she ventured away 60 miles before returning. It seems likely it will not take a lot for these deer to develop a spatial map, just a year of seeing a place, for them to replicate a movement. 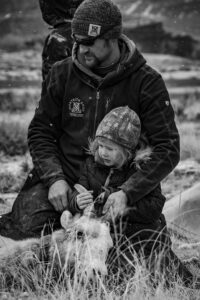 Basically, their current work indicates that migratory movements across the landscape can be passed from a mother to her daughter. That memory then has the potential to be used by the daughter and passed on to her offspring. This would create a gradual expansion based on a central first female. Researchers are calling this the “rose petal hypothesis,” a term that stems from similar research on whitetail deer.

Understanding the process of migration and how deer learn migratory behavior accomplishes two things for deer managers. First, it can identify management practices to keep rose petals (and migration knowledge) intact. That requires we do our best to keep those herds faithful to their current migration routes. Secondly, understanding how deer take a pioneering walkabout might help to reestablish migratory patterns to winter or summer ranges that have been lost by herds in the past.

All of this research done by Dr. Kevin Monteith, the team at the Monteith Shop, and others working on mule deer have major implications for both how we preserve and improve deer populations. For deer hunters who want to recover deer populations of the past, understanding the biology of these critters truly is the first step.

If you’d like to stay up to date with Dr. Monteith and his team’s research, check out their Monteith Shop work. Kevin and his colleagues also recently launched the Ungulate Compendium to help communicate information about ungulates (deer, elk, moose, and bighorn sheep) and ungulate research.