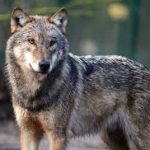 The Washington DC Court of Appeals issued a ruling in favor of the U.S. Fish and Wildlife Service (FWS), State of Wyoming and others regarding the delisting of wolves from the Endangered Species List in Wyoming. The case was originally filed in November of 2012 and involved a challenge to the FWS delisting of wolves in Wyoming.

With the Northern Rocky Mountain Gray Wolf, it is not a simple situation. There is no reason biologically that federal protections were not lifted some time ago when we reached recovery levels. What happen is the issue became politically charged.

Game and Fish followed through on the science and merits for delisting. They developed a management plan with public comment and more collaboration, and now after significant time, federal protections are being removed because of a court decision. This is unfortunate.

In our view, endangered species decisions should never end up in the courts.

Recovering a species and removing it from the Endangered Species List, as it lays out, should come from good science and state and federal coordination, and the decision should be made by the agencies charged with managing our wildlife, and in this case the U.S. Fish and Wildlife Service.

Early on we supported single species status of wolves as Trophy Game, meaning they could be managed statewide under that status. But the Legislature got involved and created a dual listing of the species; trophy game in northwest Wyoming and predators everywhere else. Trophy game means that if a wolf causes depredation or conflict with domestic animals, they can kill the animal, file a claim, and the rancher can compensated. Predator status means you can just kill them like jackrabbits, raccoons, skunks and even English starlings.

Bottom line: Wolves are important to our ecosystem as a predator keeping elk and deer in check. Thanks to recovery efforts and the hard work of scientists and managers in collaboration with the USFWS, the Wyoming Wildlife Federation is pleased the Gray Wolf can now be removed from the Endangered Species list in Wyoming and managed by the state.