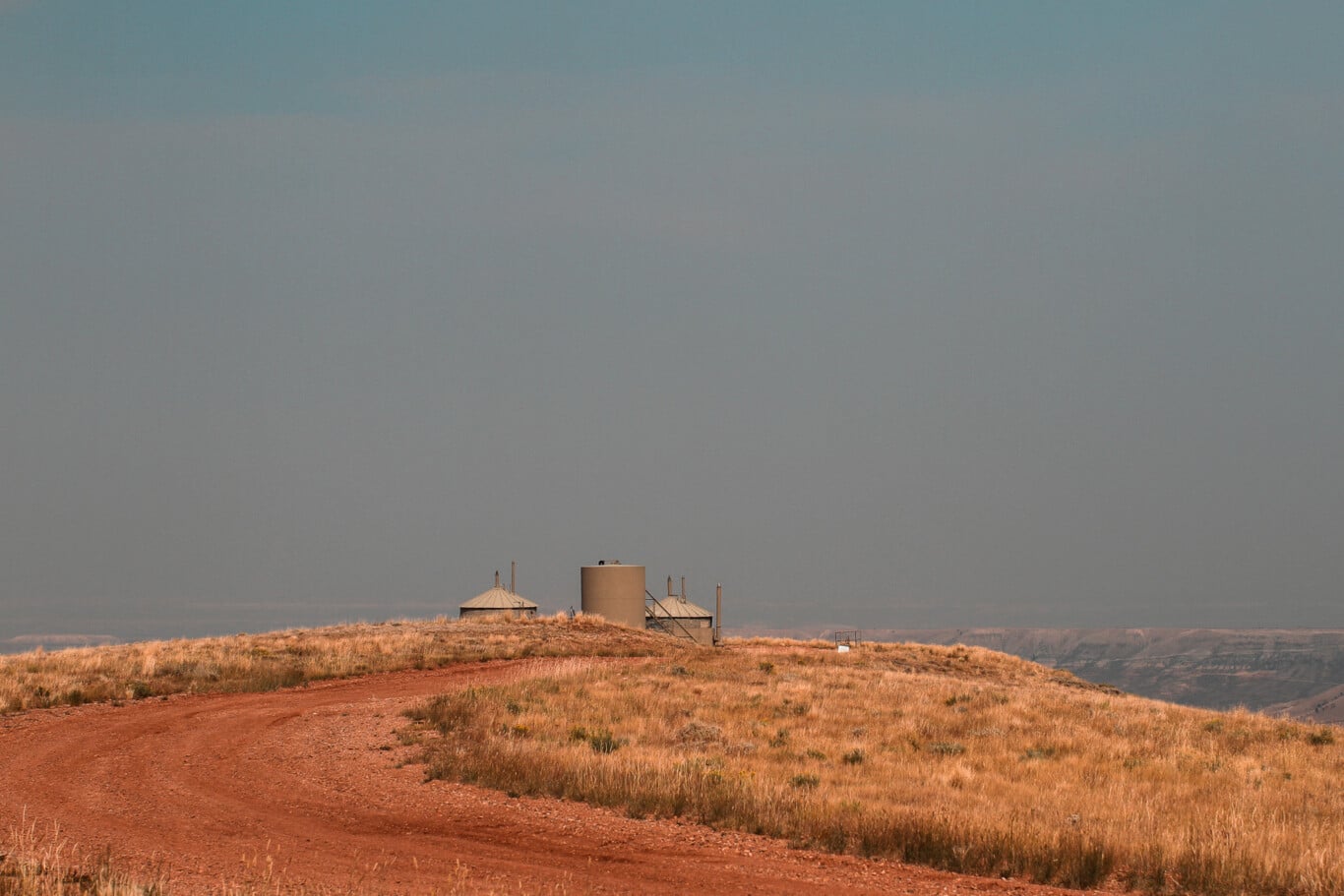 Wyoming is blessed with vast, iconic western landscapes that provide habitat for wildlife and offer hunting opportunities rivaled by few, if any, other states. Many of these areas are also rich in various fuel resources that we rely upon as a society for everyday life.

The state has long been a major producer of fossil fuels such as coal, natural gas, and crude oil and is second only to Texas as a domestic energy supplier. Roughly 30,000 people work in energy production in Wyoming, with well over half of those employees working directly in the fossil fuel industry. Before falling off during the pandemic, oil and gas development contributed about $1.67 billion to the state’s economy, which is money that helps fund schools and various infrastructure projects, among other things. This huge economic impact, however, can come at a cost.

Ungulates, such as mule deer, antelope and elk require large tracts of intact habitat to move between summer and winter ranges and birthing areas. Fossil fuel development includes a vast network of roads, well pads, pipelines, and pumping stations that fragment habitat and alters the movements of wildlife across the landscape. Furthermore, development forces animals to move through migration areas more quickly, resulting in increased energy output and a loss of access to the most nutritious food sources. Both of these are associated with reduced survival of young can lead to population-level impacts.

Until recently, it was believed that developing fossil fuels would have only short-term impacts on wildlife and that animals would become habituated to development over time. A mule deer study on the Pinedale Anticline, in western Wyoming, looked at how deer reacted to natural gas development over the long term. Concluding in 2017 and spanning 17 years, this study found that animals continuously avoided and maintained a buffer from infrastructure and associated human activity. Conversion of the natural landscape into well pads and roads is known as direct habitat loss because it effectively reduces the amount of habitat available. Animals also suffered indirect habitat loss from the maintained buffer zone. Combined, this results in a habitat that is much more fragmented and has a lower carrying capacity overall. Over the course of the study, researchers found a 36% reduction in herd size when just 3.5% of the area was developed. As you can imagine that has a significant impact on hunting opportunities.

Hunters have a vested interest in robust big game populations and are also the first to lose out when populations decline. To rebuild diminished herd sizes, wildlife managers utilize various tools, including reducing hunting license numbers, shortening seasons, and/or implementing weapons restrictions. All things we do not want as a sporting community. 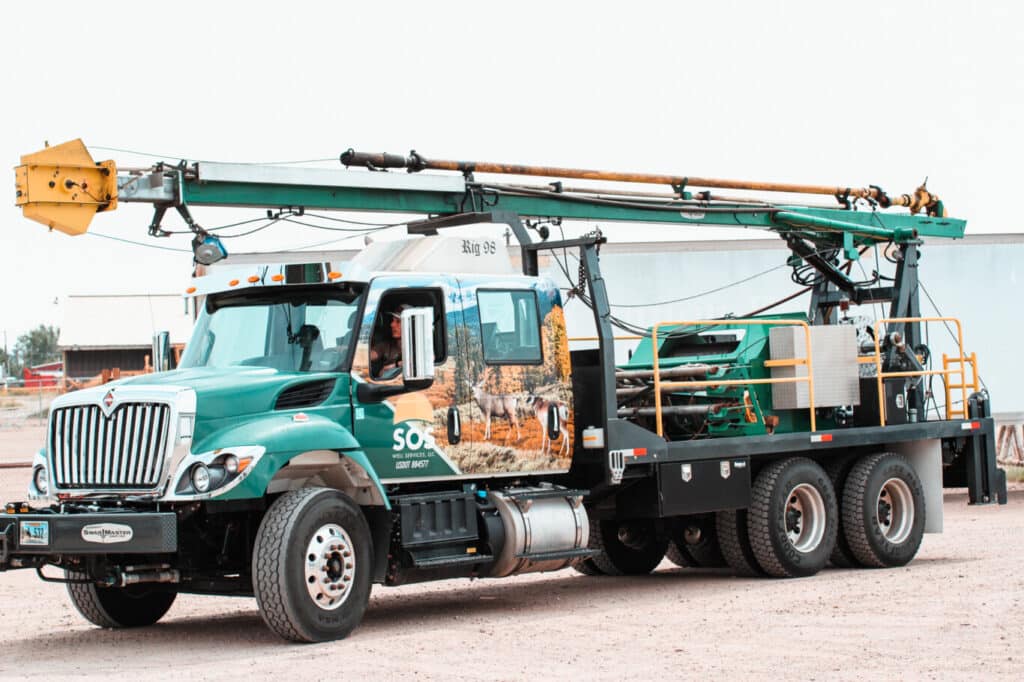 Many people making a living in the oil & gas fields are also hunters and conservationists. Pictured is SOS Well Services’ Wildlife Conservation Swag Rig. A percentage of the revenue from this rig are given to Wyoming conservation efforts including wildlife crossings.

During the seventeen-year study on the Pinedale Anticline, wildlife managers shortened the three-week mule deer season by one week and reduced nonresident tags by 50% in an effort to boost declining deer numbers. In addition to losing opportunity, when public land is leased for energy extraction, hunter access may be restricted, resulting in more pressure on accessible public lands that may impair the quality of the hunting experience. This is the reality on the ground when it comes to multiple uses of our public lands.

On federal leases, Wyoming produces more natural gas than any other state and is the number two producer of crude oil. Most fossil fuel development on public land occurs on land managed by the Bureau of Land Management (BLM) where ninety percent of land is available for energy leasing. Wyoming’s BLM currently leases about 10 million acres of land to extractive industries which limits public access.

The Wyoming Wildlife Federation is an advocate for wildlife, habitat, and outdoor opportunities while realizing that energy production is crucial for everyday life and is a big part of the culture and economy of Wyoming. Our work revolves around taking a balanced approach to energy development with an emphasis on maintaining critical wildlife habitat. This approach includes engaging and educating the public and building relationships with various stakeholders to develop the most robust policy possible. We also encourage our members and others to get engaged on issues they care about.

What Can You Do?

Like the economic benefits the energy industry provides, we should not take the future of big game populations in Wyoming for granted. These are vital resources for residents and non-residents, alike. Through education, engagement and working collaboratively, we can develop energy resources responsibly while maintaining the habitat and wildlife that make Wyoming so special.