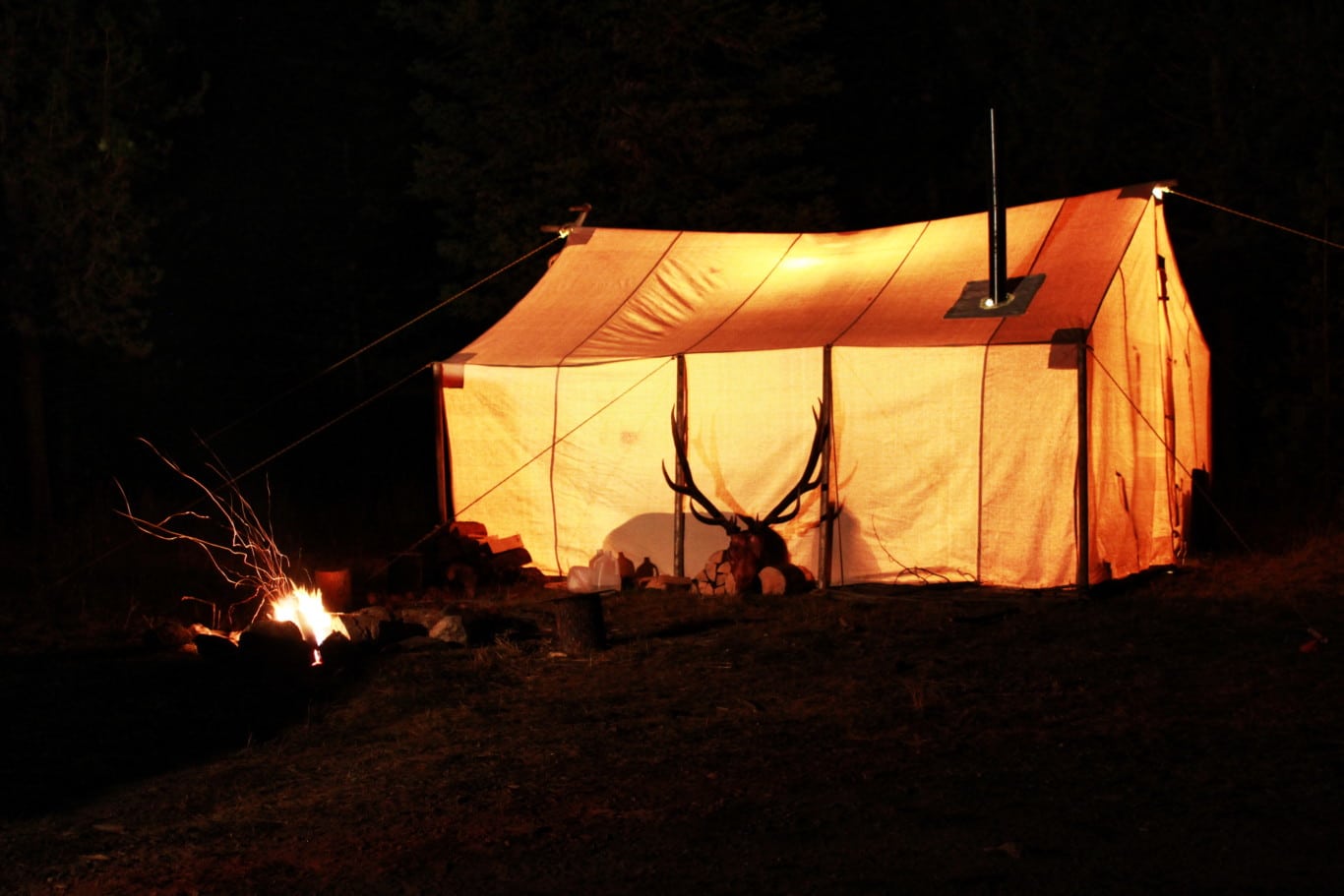 Wyoming Wildlife Federation teams up annually with the Jackson Chapter of RMEF and Hunting With Heroes to provide a wounded veteran an authentic elk hunt near Jackson. The Gill’s Jackson Hole Herford Ranch has provided the “hunting grounds” since 2012.

This year’s hunter was Jayson Zimmerman, who served 14 years in active duty until injured by a roadside bomb in Afghanistan, October 2009. While coping with a double prosthesis below the knees, Jayson maintains a full-time job with Alpine Medical, driving 700 miles a week delivering medical supplies in the Thermopolis area. Amazing.

Jayson grew up near Philadelphia, PA and has taken up hunting the last couple of years since moving to Wyoming. After successfully harvesting a couple of antelope, he wanted to try his hand at hunting elk. The above organizations provided him that opportunity and his boss, owner of Alpine Medical, Chip Newton, accompanied him to Jackson. They arrived early in the afternoon of October 26, 2018, checked in to a motel (Jackson Hole Lodge donated the room) and we visited the range to make sure the 3006 was dialed in. Then we proceeded to the Gill Ranch were we met with Steve Hardeman, ranch manager/ guide and Todd Seaton, ranch employee who also served as a “guide”.

They all jumped into Steve’s truck and had barely passed over the ranch boundary when they spotted not one, but two, nice 6 point bulls in a cottonwood gallery along the Snake River. Jayson exited the truck and got a bead on the larger one. Bang! The elk dropped immediately – 5 minutes into the hunt. While we all wished it could have lasted longer, we know that’s hunting. The timeframe surrounding hunting is minutes to weeks, and many times a harvest doesn’t even happen. We willingly accept whatever we are handed, knowing the memories will follow to our end.

Jayson approached the magnificent bull and said: “This one is for you, Dan.” Who’s Dan? Dan Dombeck, Jayson’s 88 yr old Korean War best friend, was supposed to accompany Jayson on the hunt and take the first shot. Sadly, Dan passed away from fast-acting cancer on October 9, 2018. Jayson followed with “This should have been yours.” 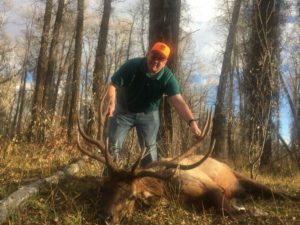 A special thanks to the following