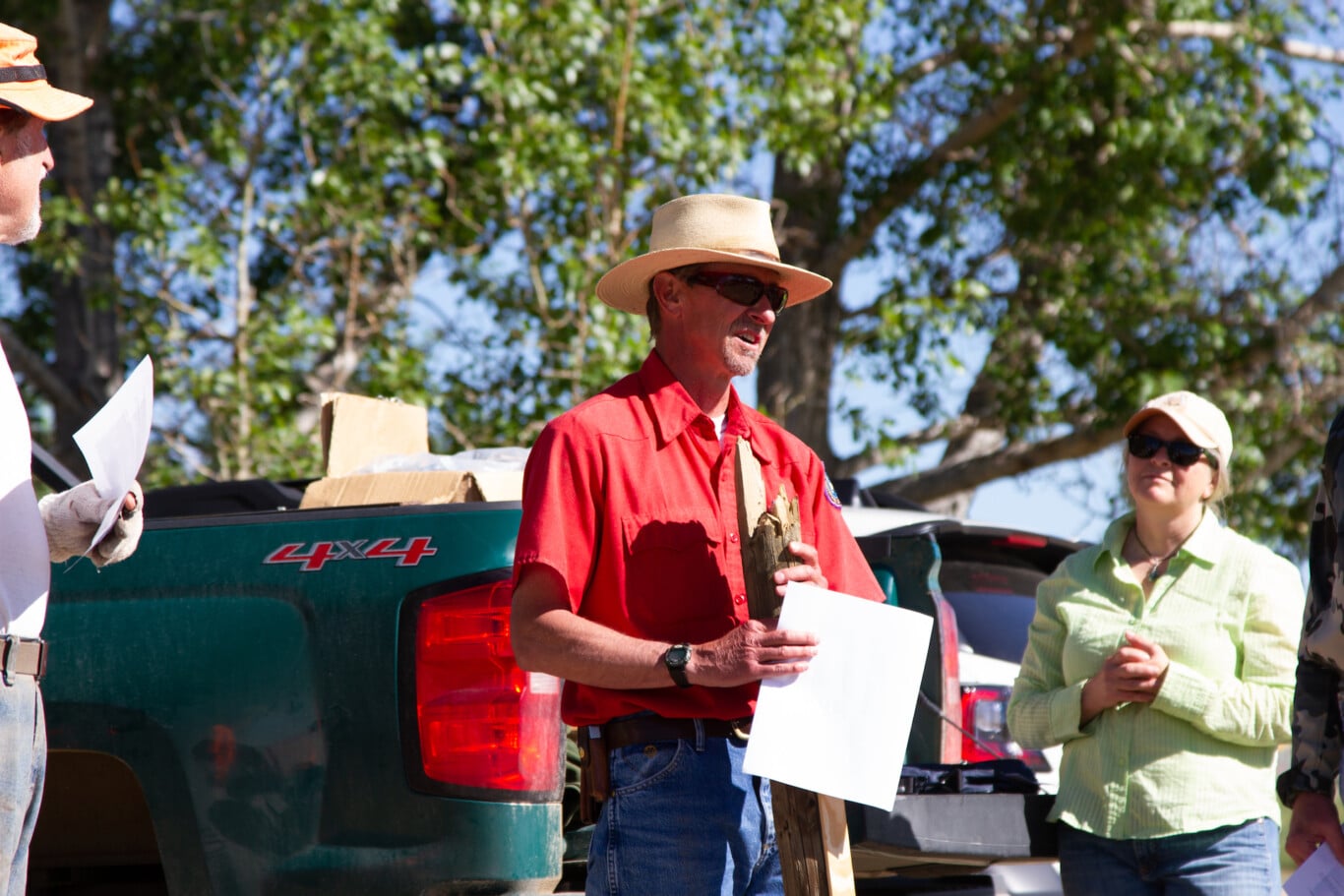 How is the Game and Fish Funded?

If you enjoy hunting game in Wyoming, you probably are aware the Wyoming Game and Fish Department (WGFD) sets regulations, charges fees for licenses, and much more. They are the primary managers of all wildlife in Wyoming, directed to do so by the Commission.

Each state’s wildlife managers do things a little differently, but in order to hunt in Wyoming, there are conservation stamps, licenses, and other fees that are associated with getting out and chasing critters. Where does that money go? Is that the only money the WGFD needs to manage our wildlife?

Let’s wade through all the information out there and provide a breakdown of Game and Fish funding; who handles it, and who foots the bill for Wyoming’s wildlife?

Who Handles the Money?

The Game and Fish Commission handles the revenue for the Game and Fish Department. When the revenue exceeds the annual Game and Fish budget, the surplus is put into an account that can be used to fund special projects such as research, wildlife crossings, or habitat improvements. Revenue in 2019 was about $88.5 million dollars.

Where Does the Game & Fish Money Come From?

A full breakdown of the WGFD budget can be found at their website, however, a simplified breakdown of where that $88.5 million came from 2019 looks like this: 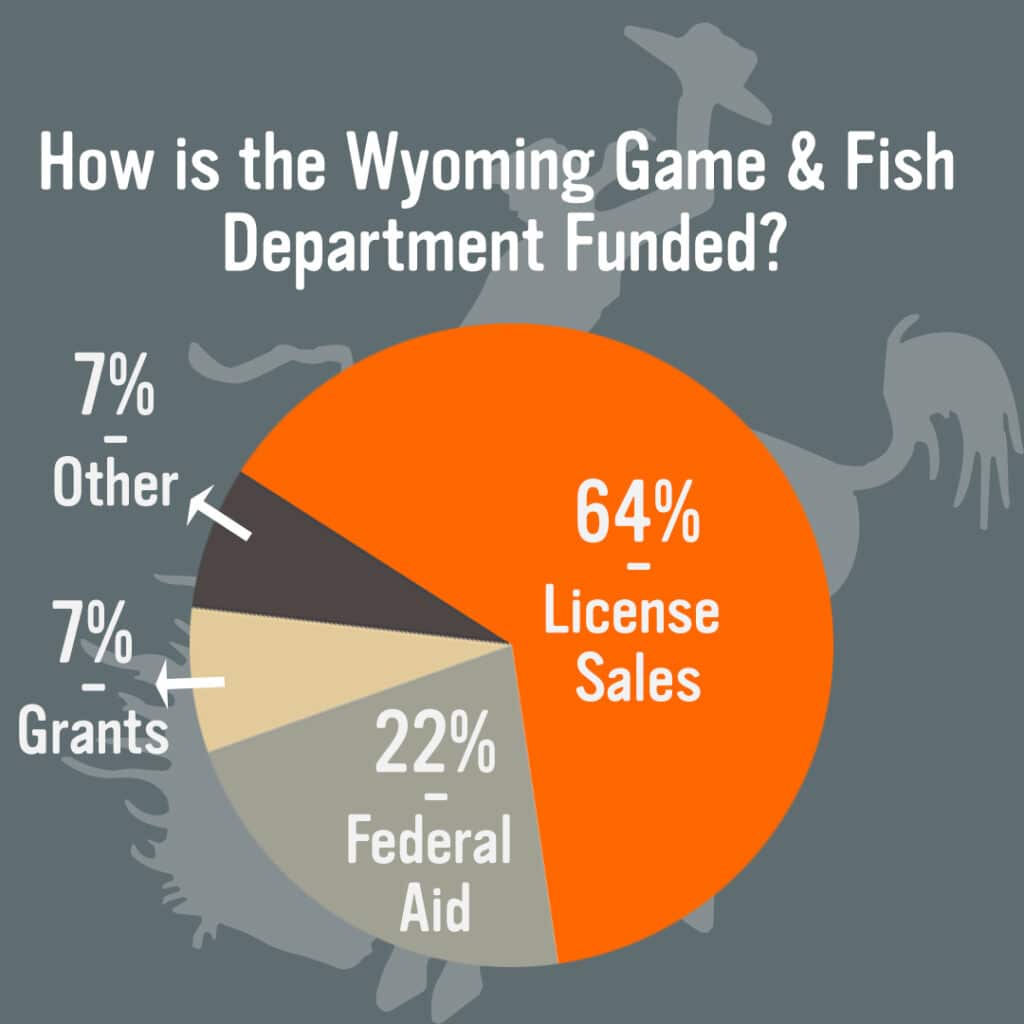 The largest portion of Game and Fish funding (license revenue) consists of hunting and fishing licenses, tag application fees, trapping licenses, preference point sales, conservation stamps, and other miscellaneous license fees paid to the department. License revenues are generated by both residents and non-residents and are mainly from hunters and anglers.

Watercraft registration and taxidermist licensing are also included in this figure by the Wyoming Game and Fish Department. The budget shows fees paid by people recreating in the state foots the majority of the bill for wildlife management in Wyoming. 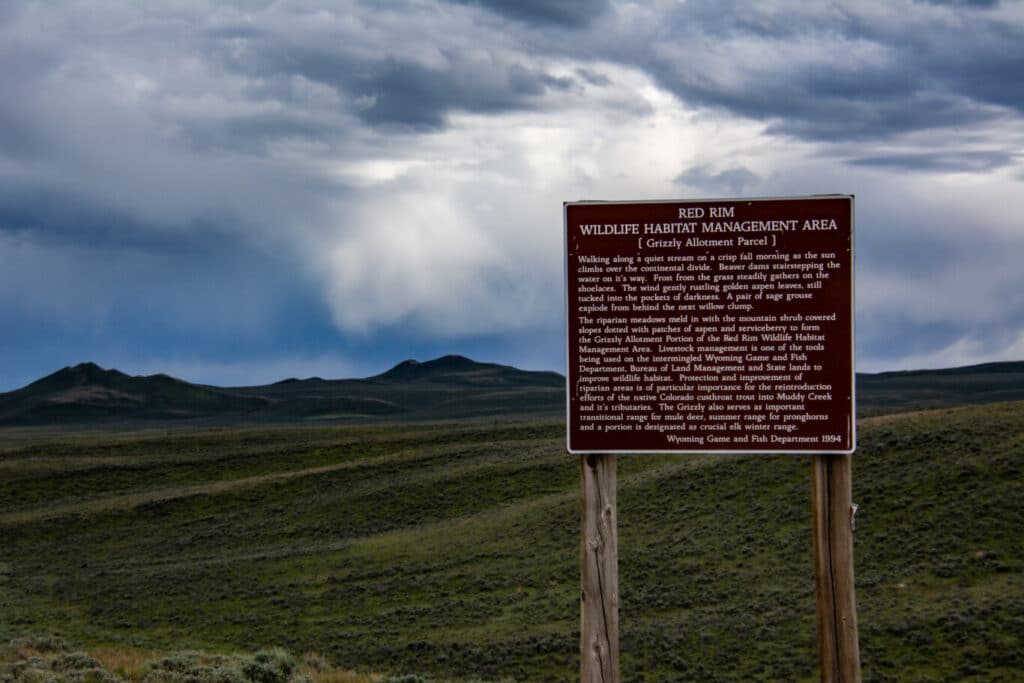 Federal aid mainly consists of funds generated by Pittman-Robertson and Dingell-Johnson excise taxes on sporting goods that are paid to the federal government and then redistributed to the states. An excise tax is money paid to the government at the time of manufacturing, so it is included in the price you pay at the store.

The Dingell-Johnson Act placed a similar tax on rods, reels, creels, and fishing lures. These two laws generate a massive portion of the funding for wildlife conservation at a federal level. State agencies are required to match the funds from these laws with state funds at a rate of 25% state to 75% federal.

Grants, investment interest, and other sources make up the rest

Grants are awarded to the department from public or private entities who wish to fund wildlife conservation and management, education, or another aspect of the department’s work and typically support a specific cause or project. The smallest two categories of funding are interest generated from Game and Fish Commission accounts and the miscellaneous revenue generated from magazine sales, Commission-owned property, and donations made to the Department.

At the end of the day, the Wyoming Department of Game and Fish is unique compared to other wildlife management agencies in the U.S. in not receiving direct general funds from the Wyoming State Legislature. Whether directly or indirectly, hunters, anglers, and other recreationalists make up over 80% of the total Game and Fish’s incoming funds. Having healthy numbers of outdoorsmen and women is vital for current wildlife management in Wyoming.

Stay tuned as WWF continues to crank out articles to clarify how wildlife management works in Wyoming. If you wonder what programs Game and Fish funds with revenue and donations, where license revenues come from and what they fund, and how the tag system works in Wyoming, there will be answers for you!