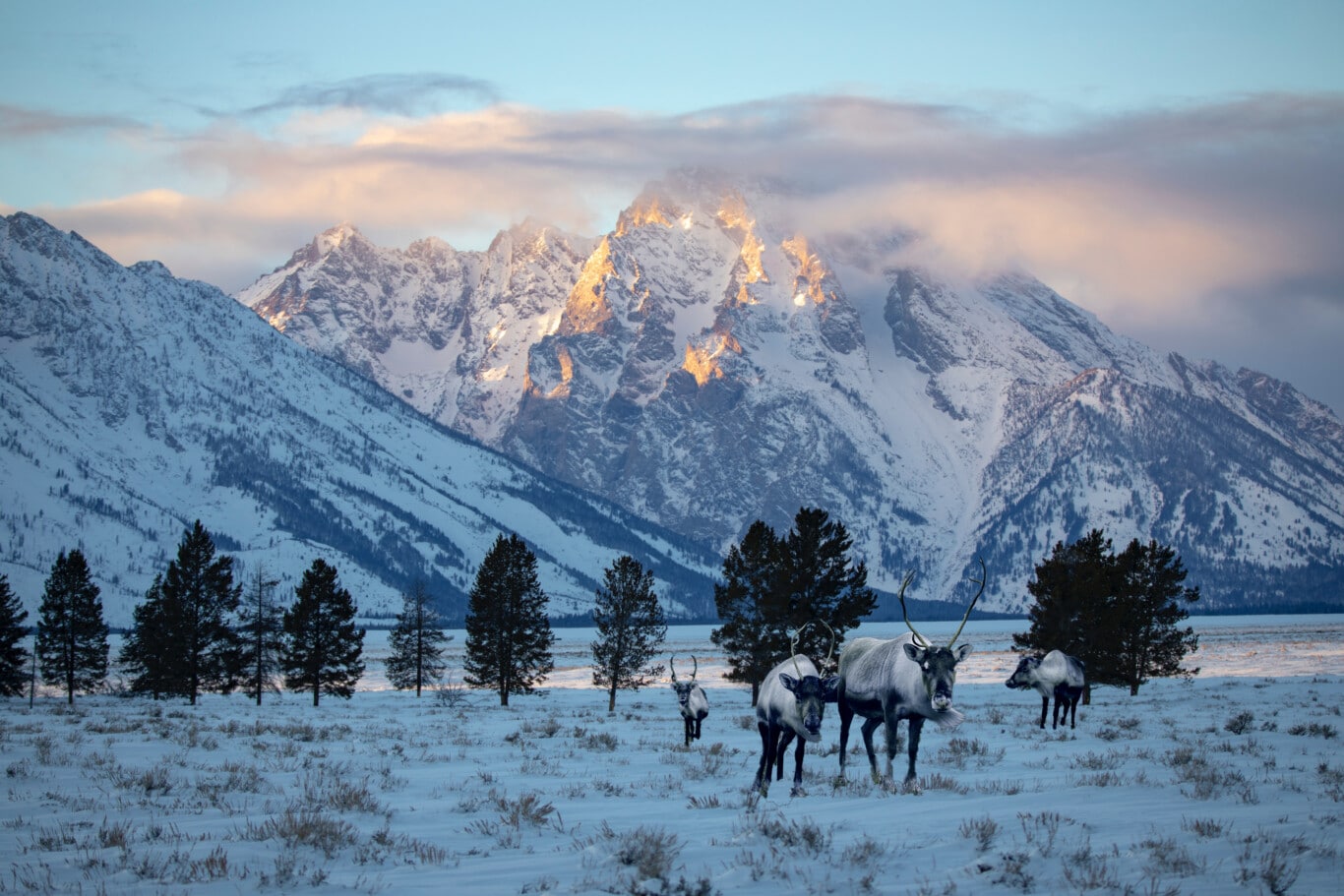 Wyoming is expecting a visit from some very festive non-native ungulates in the near future. They will be escorted by a little old man dressed in red who drives a sleigh. Reindeer, also known as caribou in North America, or Rangifer tarandus if you are a science fan, make their way into our collective consciousness every year around this time. The term reindeer is most often used to describe the domesticated or semi-domesticated animals herded by the native peoples of Scandinavia, but can also be used to describe any member of the species across Europe and Asia. Let’s take a look at these mythical travelers and their very real unique characteristics.

Caribou or reindeer are part of the same deer family as our familiar mule deer, elk, and moose. They can be found across the most northern reaches of the northern hemisphere. Here in Wyoming, we are just coming to appreciate the amazing migrations our native ungulates make each year in search of food and habitat, but caribou hold the North American record for long-distance land migration. They move as much as 840 miles between seasonal ranges!

With great adaptations for cold and a 2000 year history of domestication, reindeer are a great choice for Santa. Reindeer are covered in a thick coat of hollow hairs that hold in their body heat. On the small patches of skin that are exposed, like their noses, they have a lot of extra blood vessels to keep the skin from freezing. All that extra blood means that when reindeer get cold, their noses turn, you guessed it, red. Santa’s reindeer are usually pictured with antlers. Both male and female reindeer have antlers, but males tend to drop their antlers in November while females hold them until their calves are born in May, so Santa’s antlered reindeer at Christmas are all clearly girls. A final adaptation that makes reindeer perfect Christmas transportation is their feet. They have footpads that shrink in the cold, giving them more outer hoof traction on those icy rooftops, or just ice in general. Unfortunately, there is no information in the scientific literature about their flight capabilities. 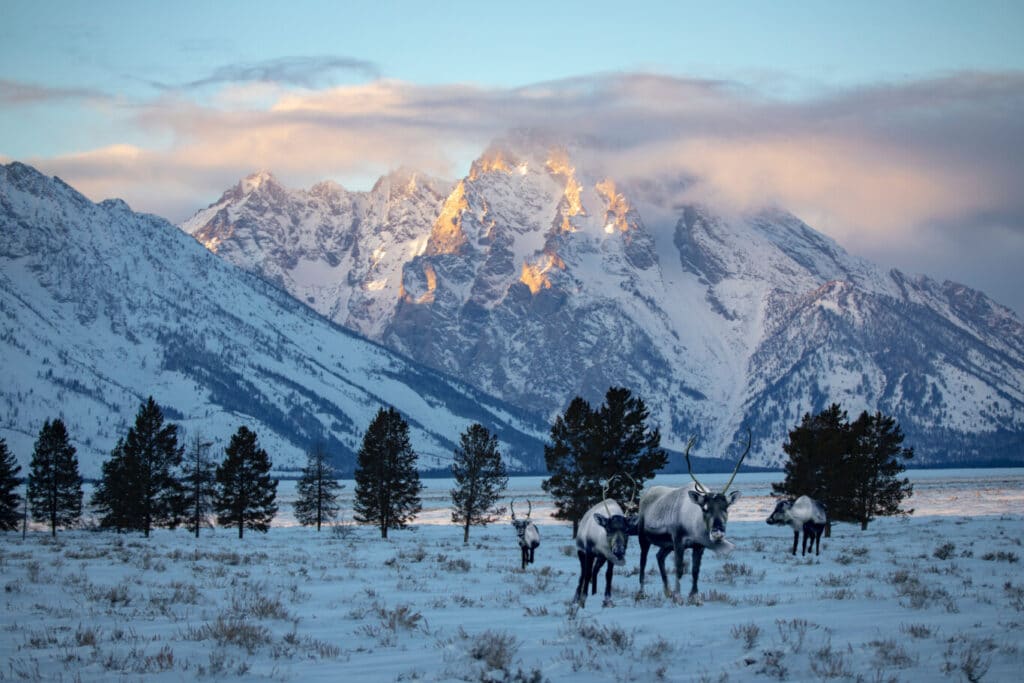 WWF biologist, Sam Lockwood suggests these caribou in Grand Teton National Park are staging as a new team for Santa to swap out on Christmas.*
*Not real at all.

Reindeer may be perfect for Santa’s purpose, but they didn’t become part of our Christmas stories until the author William Gilley put them together in 1821. The next year their place in our imaginations was made permanent in Clement Clark Moore’s “The Night Before Christmas”. Rudolph was brought to us by Robert May in 1926 to accompany an epic Montgomery Ward department store display in New York including real reindeer.

Reindeer or caribou can still be found across the Arctic tundra around the world, but many of their populations are struggling. Reindeer have declined over the past two decades from a population of around 4.7 million to 2.1 million across the world. Just like our native ungulates here in Wyoming, they draw our attention to problems with habitat and connectivity. So, in this time of cold and snow, let’s spare a thought for those amazing ungulate visitors and their real life brothers, sisters, and cousins.

May your holiday season be merry and bright!