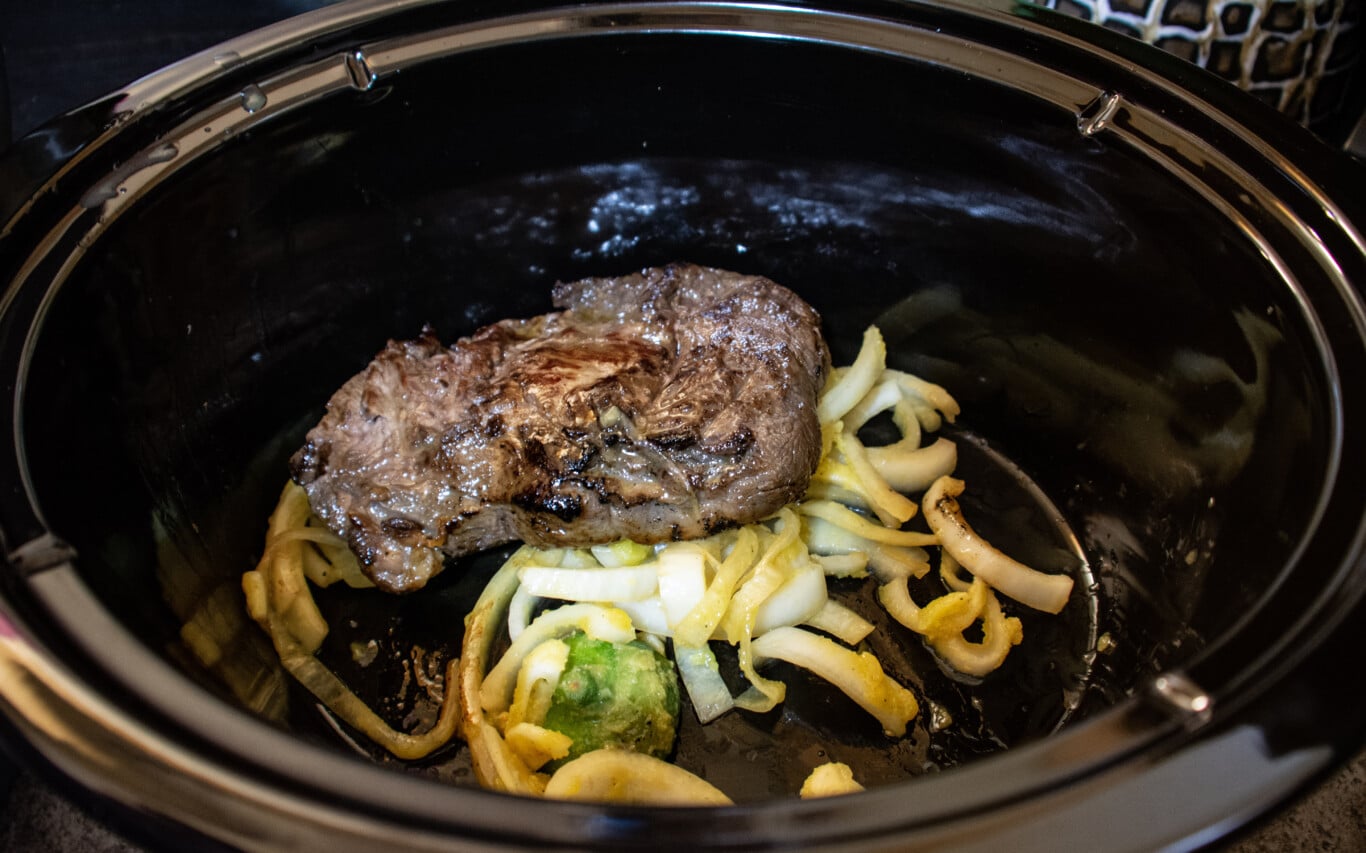 Bear for Dinner and How Not to Get Trichinosis

The mystery of spring bear season always pulls me deeper into the mountains the following year. I don’t know what it is about spring bear that always puts me into uneasy waiting. The mornings are still brisk but the midday has the feel of summer. It’s sitting on the edge of a mountain watching Wyoming wake up. Maybe for me, half the pleasure of bear hunting is the knowledge that this lonesome mysterious animal is the start of my big game for the year. By this time every year, I’ve already covered myself in ticks chasing turkey in the midwest. I don’t have the gnawing feeling that I’m missing ducks or chukar, chasing birds with my dog. I look at myself as a hunter not just for the adventure or the story, but for the rare and hard-earned food it puts in the freezer. 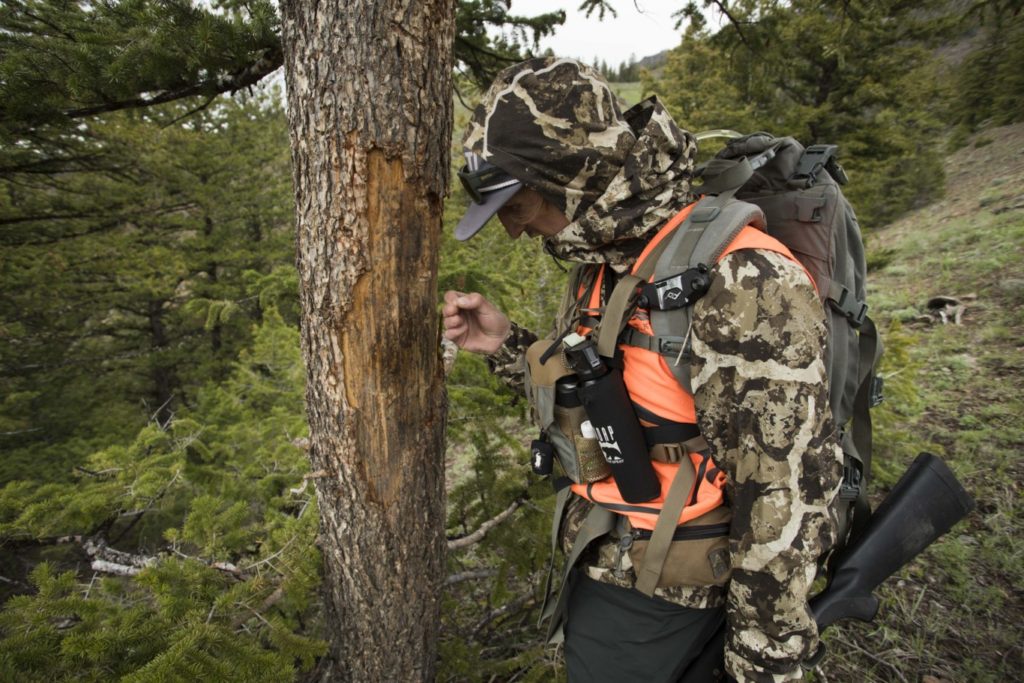 In an attempt to educate myself and others, I charged into the topic of cooking with bear meat. I’ve reached out to my friends at Wyoming Wildlife Federation and the Western Bear Foundation. I’ve found bear meat can be both delicious and safe when following a few easy precautionary steps. I sat down, did some googling, read articles, and made a few cold calls to experts around the state.

As most people know the danger of eating black bears is the parasite Trichinosis. Trichinosis is a roundworm parasite that lives in the muscle tissues of large carnivores and omnivores such as mountain lions, grizzlies, pigs, wild hogs, and of course, black bears. Also, walrus but those tags are hard to draw in Wyoming. There are 6 forms of the actual parasite, but the most common found worldwide is called T. spiralis. The parasite infects a host when the larvae (which are encased in cysts in the muscle tissue of an infected animal) are eaten. The stomach acid releases the larvae which grow in the small bowel and they release more larvae which encase in the host bodies, striated muscle groups. Simply put, the egg lives inside the meat, eating it releases the larvae, they move into the muscle group, and repeat the cycle. 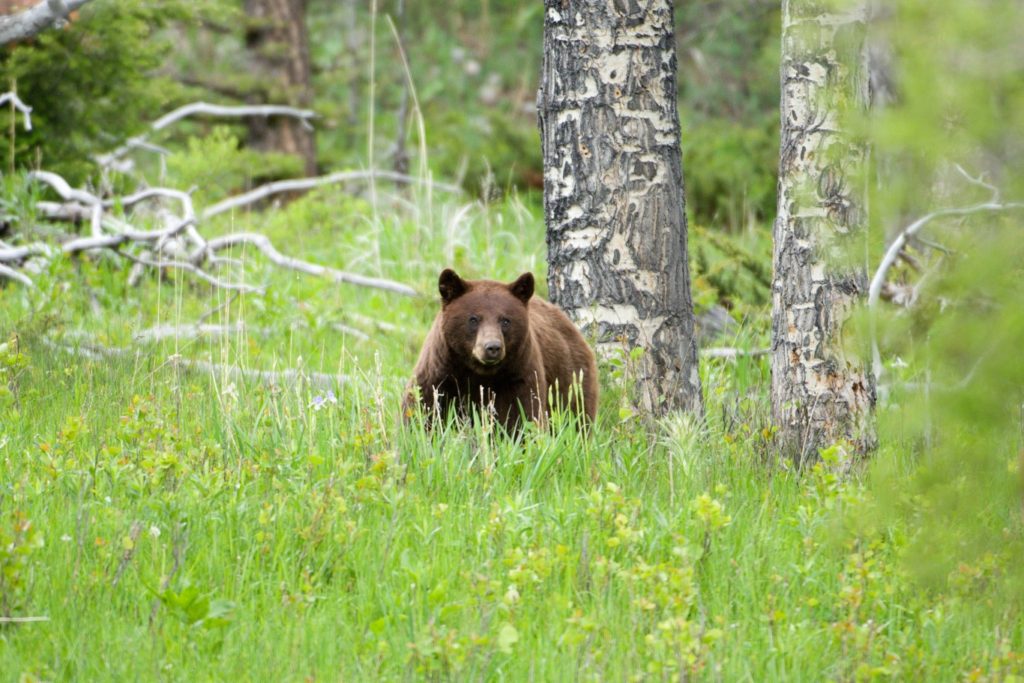 While many symptoms develop after the initial 24-48 hours, symptoms gradually grow worse over time. Humans who have ingested the trichinella parasite will experience nausea, vomiting, diarrhea and abdominal pain. Over the next 2-8 weeks, the host will start experiencing muscle cramps, headaches, weakness, chills, and general malaise. Simply put, it’s all bad stuff.

If you would like to make a difference in Wyoming hunting access and opportunities, please consider joining as an Advocate. Join here >>

Luckily, however, all this scary stuff is very easy to avoid. Killing trichinosis in the meat is as simple as cooking to the right temperature. 160 is more than ample temperature to kill all forms of trichinosis that may be living in the muscle tissue. While freezing for at least 20+ days is known to kill most forms of trichinosis I cannot recommend this method as there are strains resistant to freezing. Due to lack of samples, it is widely unknown exactly what strains our local black bear population may actually have. This is why it is important, that we, as a hunting community, provide samples to researchers.

Dr. Berit Bangoura from the University of Wyoming Veterinary Service identifies the two best places to be the diaphragm of the animal as well as the tongue. Samples from these tissues often have the greatest density of trichinosis larvae. The best samples are cooled, not frozen, and are from within a few days. As discussed before, freezing may kill the larvae and tissues with live samples are the best to pull from. She did advise that while it is possible to have samples with little to no trichinosis in these groups, the animal may still have the parasite. Medicines may be needed if necessary. As a result of this, she advocates for safe handling of all bear or large carnivore meat. I encourage any fellow bear hunters to do their part and advocate for samples to be sent in when having their bear checked by game and fish.

In an attempt to advocate the safety of bear meat I constructed a recipe and along with my friend, Jess Johnson cooked a delicious backstrap roast from a black bear donated by the Western Bear Foundation. The bear was harvested in the fall from the Bighorn Mountain Region. We were also given the tenderloins from the same bear and as is a tradition, we cooked those on the grill as well.

As a reminder of general food safety, I would like to quickly address some simple steps that will ensure no danger will come from your bear meat. 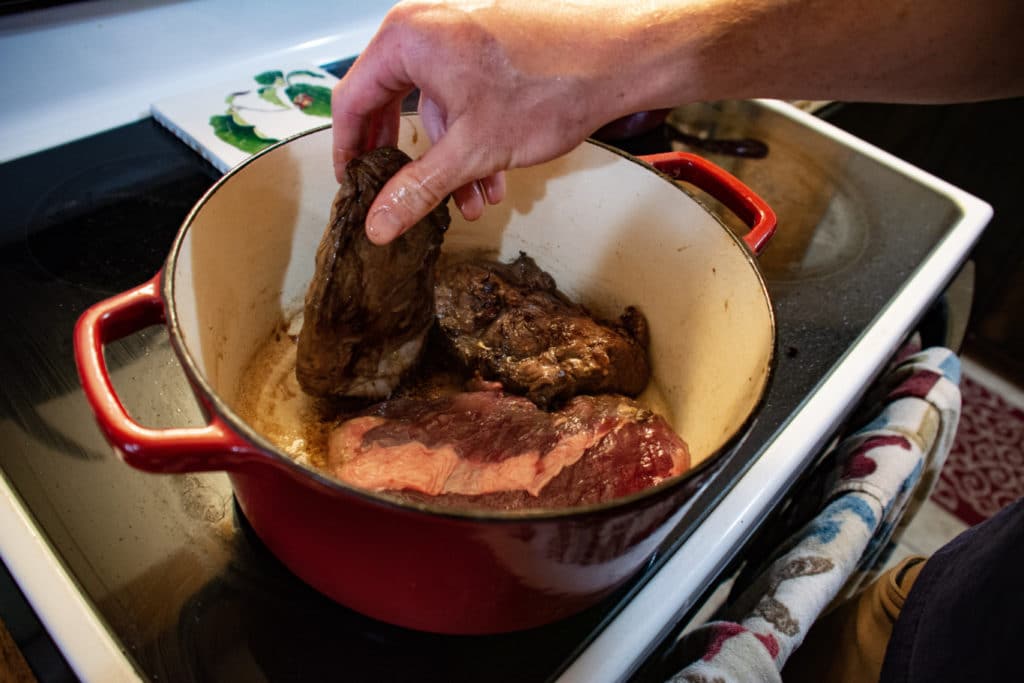 Remove the bear from the marinade and pat dry, salt and pepper the outside of the roast

Place in an oven at 325 degrees for anywhere between 3-5 hours. Check the bear for an internal temp of 160 at the thickest part before serving sliced on a roll with BBQ sauce or a bed of mashed potatoes 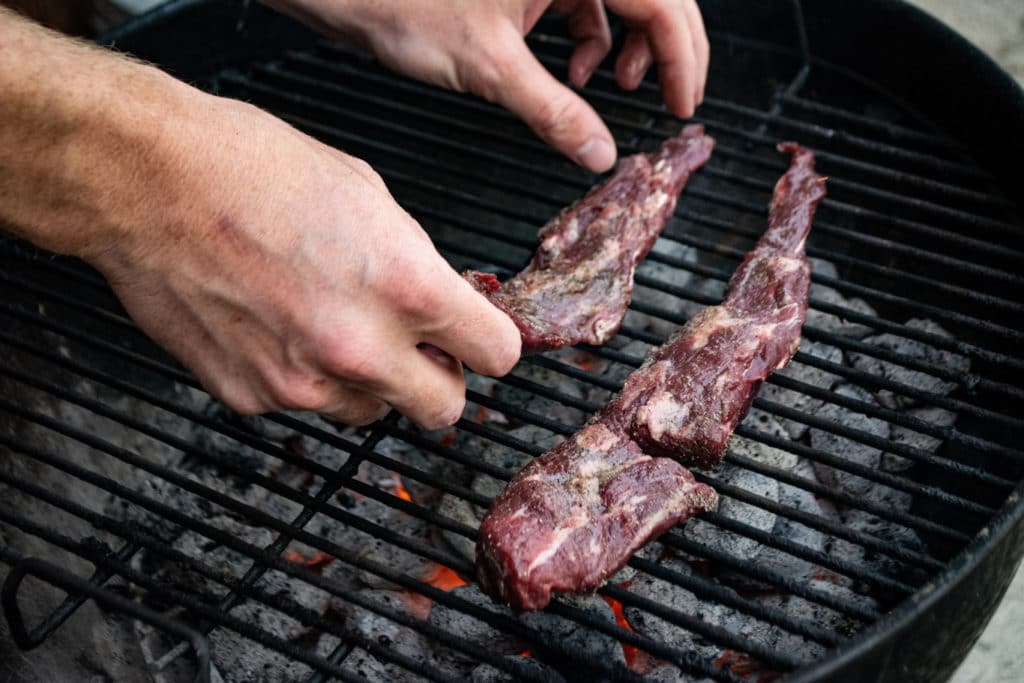