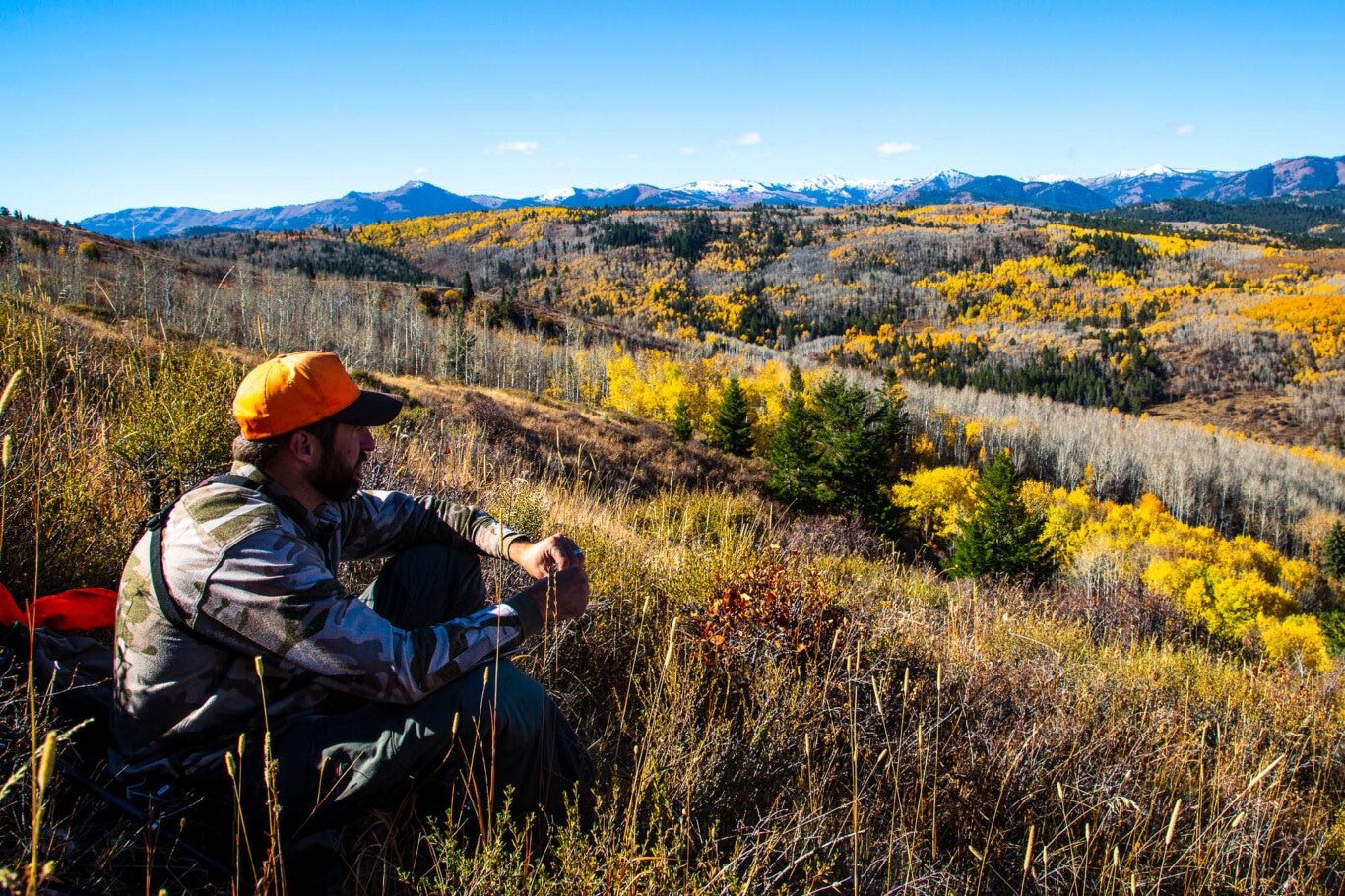 The Office of State Lands and Investments (OSLI) has received just under thirty proposals for the development of the State Trust lands in Teton County. 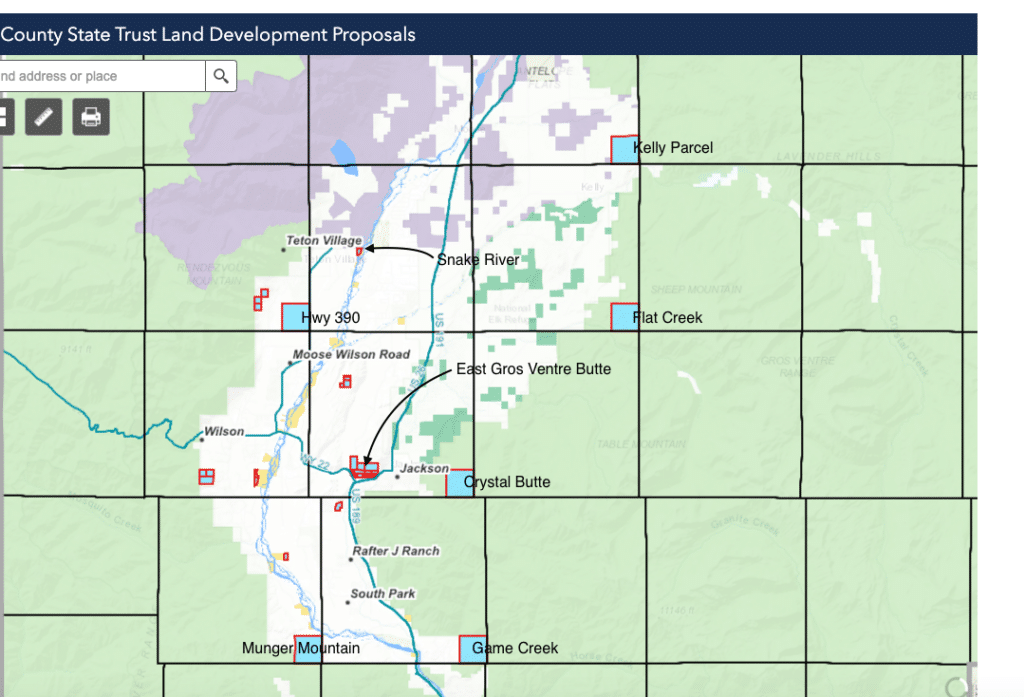 The proposals were solicited at the direction of HB162, a bill that was passed during the 2020 legislative session. The bill requires OSLI to seek out development opportunities on state lands in order to maximize their value and increase revenue to the state. The bill originally applied to all state lands across Wyoming but was amended down to only Teton County as it worked its way through the legislature this past spring. OSLI is required to update both the Joint Appropriations Committee and the Select Committee on Capital Finance and Investments of the proposals being presented, and the next update will be on Tuesday, October 27th, 2020 before the joint Appropriations Committee at 1:45 p.m., where the Committee will hear a presentation by Director Jenifer Scoggin of OSLI. On Monday, November 16th, 2020, there will be another hearing before the Select Committee on Capital Finance and Investments. The public is welcome to view the meetings, and we encourage our members across the state to stay informed! All meetings will be live-streamed on Wyoleg.gov and will be available on Youtube for viewing both live and after their conclusions. 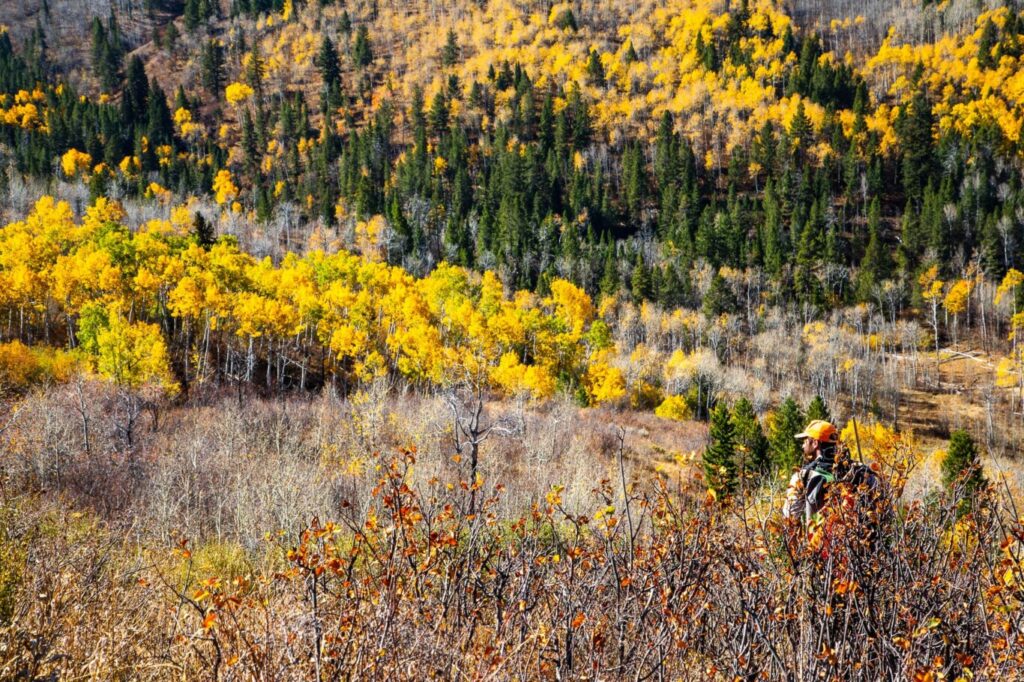 A hunter enjoys looking for game on Munger Mountain – a site of proposed development in Teton County.
Photo | Josh Metten

There are a number of parcels taking proposals, but of the parcels that we are monitoring with significant wildlife value, the two that have received the most attention are the Munger Mountain parcel and the parcel along Highway 390 near Teton Village. Both provide important wildlife habitat for mule deer, elk, and moose, as well as recreation opportunities for community members. Munger Mountain is critical winter range for elk in the area, hosts seasonal elk migrations, and has an extensive trail system with scenic views of the valley and the Tetons. The parcel along Highway 390 lies directly in the path of a mule deer migration route from Rendezvous Mountain summer range to crucial winter range along the Snake River and West Gros Ventre Butte. Both parcels face proposals for development. Munger Mountain is the site of a proposed luxury camping compound, while Highway 390 has a proposal submitted for a high-end housing development.

While WWF recognizes the value that revenue generation by these parcels holds to the state, we ask the wildlife values, which are so essential to the character of Teton County, will be remembered and weighed in these upcoming decisions. 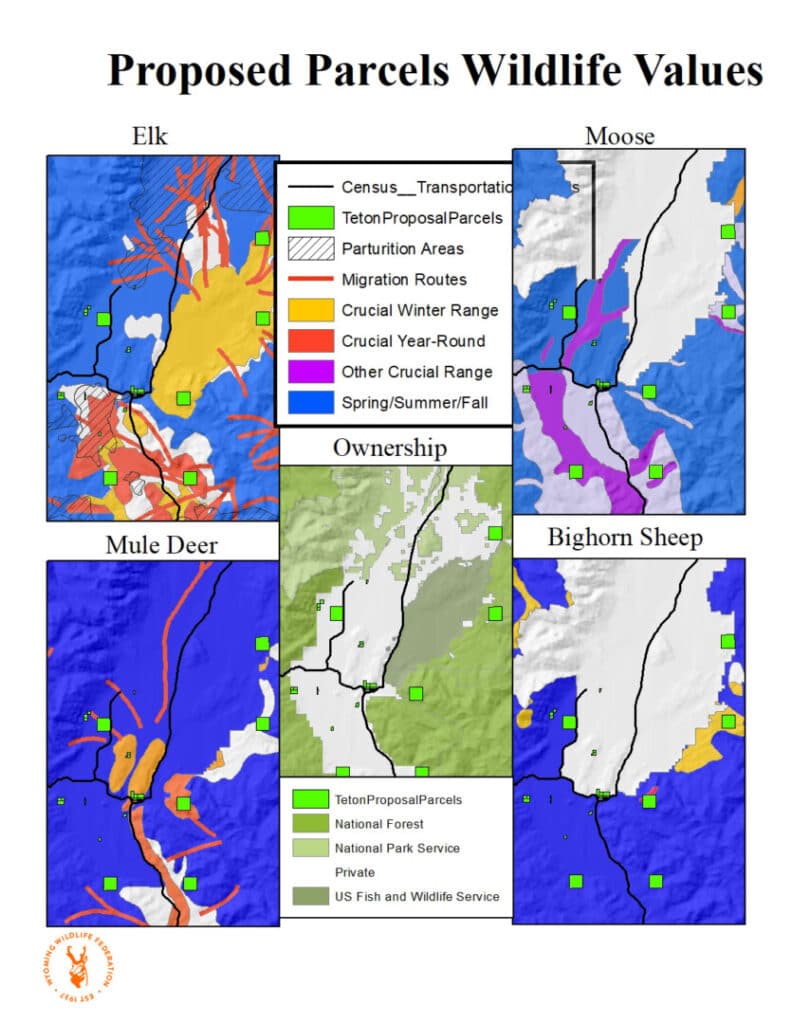 WWF recently submitted comment to the Office of State Lands and Investment regarding the wildlife values on these parcels.

Read the letter
Ready To Get Involved? Donate Today